ASUS have today announced the launch of the AMD A75 chipset-based F1A75 Series motherboards. The F1A75 Series are specifically designed to optimize performance for the AMD Llano APUs, the F1A75 Series boards also sport overclocking capabilities for the APU with a variety of integrated graphics built directly into the same die. 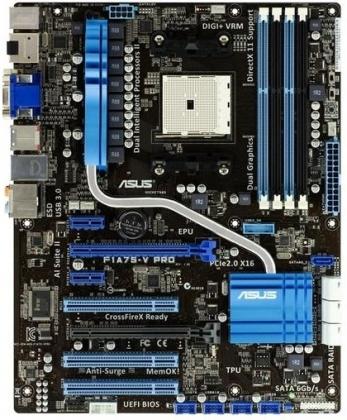 The new series is also sporting the latest ASUS-exclusive technologies and features such as Dual Intelligent Processors 2 (DIP2) with DIGI+ VRM for precise power control, a graphical and mouse-controlled UEFI BIOS and easy-to-use auto tuning for better performance.

The APU Radeon processor supports DirectX 11 tech, OpenCL Direct Compute and also features superb low power performance that is perfect for the home media entertainment and or gaming without the need for an extra PCI-Express graphics card.