All NewsBusiness, Financial & LegalCases, Cooling & PSUContests & GiveawaysCPU, APU & ChipsetsDealsDisplays & ProjectorsGamingMotherboardsScience, Space & RoboticsStorageVideo CardsVirtual & Augmented Reality
All ReviewsAll ArticlesAudio, Sound & SpeakersCases, Cooling & PSUCPUs, Chipsets & SoCsComputer SystemsDisplays & ProjectorsGamingMotherboardsNetworkingPeripheralsStorageVideo Cards
GuidesGamingAsk the ExpertsNewsletterAboutForums
RTX 3090RTX 3080RTX 3070RTX 3060HDMI 2.1Bitcoin MiningBattlefield 6Fallout 76 2021
Software
Mozilla is ahead of schedule with Firefox 5 and have decided to release it early. It will be released "officially" on June 21st. Firefox 5 doesn't include any GUI changes with the design interface remaining identical to Firefox 4. Most plugins should have no issue working with the new version. 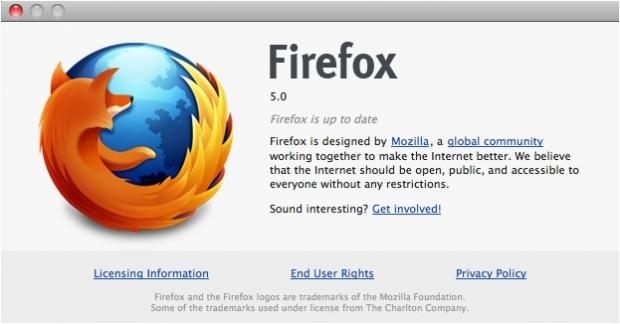 The latest stable version is said to offer more stability and improvements than the former test builds. For some download links depending on your OS, I've included them below: