All NewsBusiness, Financial & LegalCases, Cooling & PSUContests & GiveawaysCPU, APU & ChipsetsDealsDisplays & ProjectorsGamingMotherboardsScience, Space & RoboticsStorageVideo CardsVirtual & Augmented Reality
All ReviewsAll ArticlesAudio, Sound & SpeakersCases, Cooling & PSUCPUs, Chipsets & SoCsComputer SystemsDisplays & ProjectorsGamingMotherboardsNetworkingPeripheralsStorageVideo Cards
GuidesGamingAsk the ExpertsNewsletterAboutForums
Halo InfiniteBattlefield 6Elon MuskGTA 6RTX 3080RTX 3070HDMI 2.1Bitcoin Mining
Software
Apple has let the Lion out of its den and out to developers around the world. Apple's OS X 10.7 "Lion" is Apple's next-gen personal computer operating system and a preview build has been released to developers, it is much different to the current Snow Leopard in that it merges bits of iOS into the new operating system. 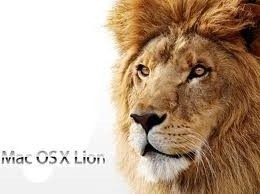 Apple states this in their press release as "some of the best ideas from iPad and brings them back to the Mac." The results? 10.7 is built around the Mac OS X app store and multi-touch, a new Launchpad offers the ability for users to arrange and run apps similar to how they would on an iOS-based device. There's also a new feature called "Mission Control" which allows users to use the multi-touch input to preview and switch between apps that are currently running.

This is described by Apple as: "Mission Control is a powerful, entirely new feature that unifies Expose, Dashboard, Spaces, and full screen apps to give you a bird's eye view of every app and window running on your Mac. With a simple swipe, your desktop zooms out to display your open windows grouped by app, thumbnails of your full screen apps as well as your Dashboard, and allows you to instantly navigate anywhere with a click."

Apple is convinced that developers will love what they're doing with OS X and that they will embrace it with open arms as they have with iOS. Apple states "Developers are going to love Mission Control and Launchpad, and can now start adding great new Lion features like full screen, gestures, Versions and Auto Save to their own apps."
NEWS SOURCE:dailytech.com