All NewsBusiness, Financial & LegalCases, Cooling & PSUContests & GiveawaysCPU, APU & ChipsetsDealsDisplays & ProjectorsGamingMotherboardsScience, Space & RoboticsStorageVideo CardsVirtual & Augmented Reality
All ReviewsAll ArticlesAudio, Sound & SpeakersCases, Cooling & PSUCPUs, Chipsets & SoCsComputer SystemsDisplays & ProjectorsGamingMotherboardsNetworkingPeripheralsStorageVideo Cards
GuidesGamingAsk the ExpertsNewsletterAboutForums
Windows 11Halo InfiniteBattlefield 2042Elon MuskGTA 6RTX 3080HDMI 2.1Bitcoin Mining
Audio, Sound & Speakers
Razer is really pumping out some sweet peripherals and accessories for the Xbox 360 and their new Chimaera 5.1 wireless headset is no exception. The Xbox 360 headset is now listed for pre-order and comes in at $199.99. Sure, that sounds expensive but considering surround sound systems are usually a fair bit more than that, it's not bad at all. 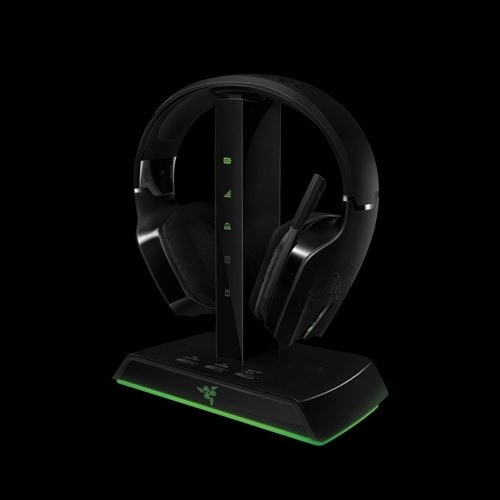 The Razer Chimaera headset has a great list of features, it's of course, wireless, 5.1 Dolby Surround Sound capable, has a dedicated local voice channel, circumaural ear cups, PC compatible and includes up to 8 hours of battery life.

Not only could you have some great headphones for your Xbox 360 gaming, but you could also have them on your PC instead of having 1 headset for each device. Looks good Razer!
NEWS SOURCE:www2.razerzone.com