All NewsBusiness, Financial & LegalCases, Cooling & PSUContests & GiveawaysCPU, APU & ChipsetsDealsDisplays & ProjectorsGamingMotherboardsScience, Space & RoboticsStorageVideo CardsVirtual & Augmented Reality
All ReviewsAll ArticlesAudio, Sound & SpeakersCases, Cooling & PSUCPUs, Chipsets & SoCsComputer SystemsDisplays & ProjectorsGamingMotherboardsNetworkingPeripheralsStorageVideo Cards
GuidesGamingAsk the ExpertsNewsletterAboutForums
RTX 3090RTX 3080RTX 3070RTX 3060HDMI 2.1Bitcoin MiningBattlefield 6Fallout 76 2021
Video Cards
We all know that the Intel Sandy Bridge processors are on the horizon and with the parts will come the need for a new mainboard if you plan to upgrade. NVIDIA has issued a press release today that notes most major mainboard makers have licensed its SLI technology to put into their Sandy Bridge boards. The companies include Intel, ASUS, Gigabyte, MSI, and EVGA. 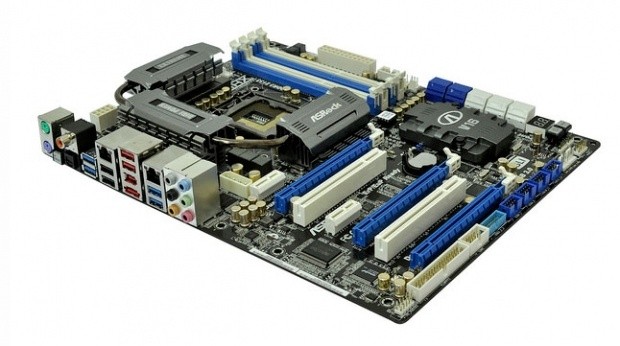 The SLI tech is licensed to use on the SLI-certified P67 mainboards. "The combined processing prowess of Sandy Bridge and NVIDIA SLI technology will provide consumers with the building blocks for the ultimate gaming PC platform," said Joel Christensen, General Manager of Intel Client Board Division at Intel Corporation. "Both NVIDIA and Intel continue to share a combined passion for furthering the PC as the definitive platform for gaming, and this combination will surely be attractive to anyone building or purchasing a brand new PC in 2011."

Some of the boards will also support 3-way SLI. Naturally the SLI supporting boards will work with any NVIDIA GPUs include the new GTX 580 and GTX 570 boards. That leak about the dual GPU high-end video card a while back would be great in SLI with one of the new processors and mainboards.
NEWS SOURCE:nvidia.com