There's a huge list of what they were told, are you ready? Press X to continue.

The screen is "mind-blowing", on-par (at least by the tipster's eye) with the iPhone 4′s retina display. The person giving them the rundown on the display indicated that some of Sony's Bravia technology has trickled in here, with Sony Ericsson considering leveraging the Bravia brand when highlighting the display.

It won't ship in time for the holidays, with our tipster saying it was "no where near ready". According to their Sony-Ericsson rep, the company is off-the-record-officially aiming for February. At this point, a launch scheduled around Mobile World Congress is nearly certain.

Sony Ericsson currently has the off-contract price floating somewhere around $500, with that purchase including 5 free games.

It's unclear whether the "Playstation Phone" is capable of running actual (downloaded) PSP games - I'd wager that it's not, given what I've heard and the amount of emulation work that would be required. We're likely looking at a new, independent line-up of games built specifically for this platform, which might explain why Sony Ericsson is reportedly planning on pushing this handset with the XPERIA brand rather than the more recognizable Playstation brand. Sony Ericsson is heavily leveraging Sony's licensing partnerships, though, with names like Tekken being thrown around.

Games will purportedly be priced like mobile games, not like PSP games. In other words, expect sub-$10, not sub-$40.

The tipster confirmed that the "Z-System" name so oft thrown around the rumor mill around is still in play, and that Sony-Ericsson reps used it to describe both the gaming platform and the distribution center. It's still unclear (even to Sony-Ericsson, it sounds like) whether the game distribution will be done in a standalone application or through the Android Market, but our tipster was told that Google was working closely with Sony Ericsson to try and bring it all into a section of the Android market exclusive to these devices. It'd be highly beneficial for Sony Ericsson to have Google on their side, here, given that the latter has considerably more experience with payment processing (and relationships for things like carrier billing).

In case you've forgotten what it looks like so far, here's a reminder: 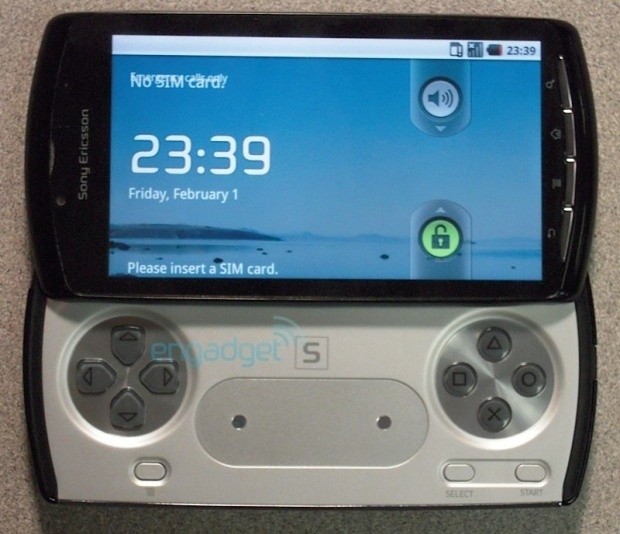