All NewsBusiness, Financial & LegalCases, Cooling & PSUContests & GiveawaysCPU, APU & ChipsetsDealsDisplays & ProjectorsGamingMotherboardsScience, Space & RoboticsStorageVideo CardsVirtual & Augmented Reality
All ReviewsAll ArticlesAudio, Sound & SpeakersCases, Cooling & PSUCPUs, Chipsets & SoCsComputer SystemsDisplays & ProjectorsGamingMotherboardsNetworkingPeripheralsStorageVideo Cards
GuidesGamingAsk the ExpertsNewsletterAboutForums
Gaming
Futuremark is known for its benchmarking software. If you were to ask the average computer user they have heard of Futuremark and can tell you about 3Dmark and PCMark. But what many do not know is that Futuremark has entered the game arena. They did this a while ago under the name Futuremark Game Studios (FGS).

With the formation of this independent company they embarked on an ambitious project. They wanted to create a game that took place almost entirely in zero gravity. The game was to take place in a future setting where the moon has exploded and sent millions of tons of debris into earth orbit. In this zone clans fight for resources. The challenge for FGS was to implement the complexities of Zero G compat while making sure players were not overwhelmed by the environment and controls. 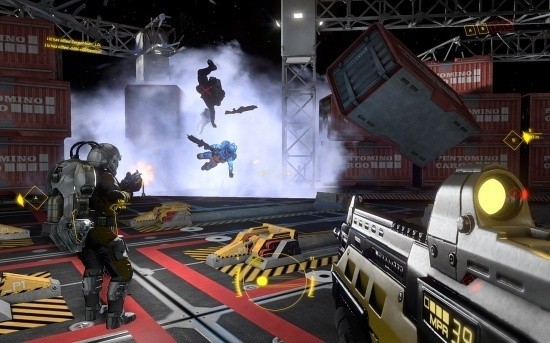 We had the chance to play with the BETA version and can say FGS was and is more than up to the task. The Zero G combat system was very well done indeed. The atmosphere is immersive and makes for compelling and captivating gameplay. Futuremark has pushed out a few more videos of how this system will look once it is out and in the hands of consumers.