What is a wave?

A wave is equal parts conversation and document.
People can communicate and work together with richly formatted text, photos, videos, maps, and more.

A wave is shared.
Any participant can reply anywhere in the message, edit the content and add participants at any point in the process. Then playback lets anyone rewind the wave to see who said what and when.

A wave is live.
With live transmission as you type, participants on a wave can have faster conversations, see edits and interact with extensions in real-time.

With third party extensions of all kinds becoming available for the messaging platform by the bucketload via its App Store, this should really enhance the overall flexibility and capabilities of Wave beyond comprehension. 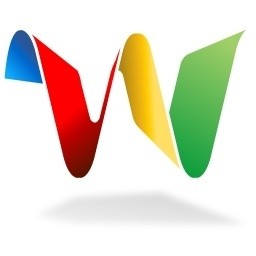 The most successful app store yet, the iPhone's, has just blown past the 100,000 approved iPhone app mark and clearly Google have taken notice with their own Android Marketplace. Despite Apple's success, it is undoubtedly Android who will win on numbers, with developers swayed by Google's open source values and the openness of the platform as a whole.

With an app store specifically for Google Wave however, the potential for something as great, if not greater then than the iPhone App Store is a distinct possibility. Already, independent software developers have built and tested Wave applications that handle such tasks as teleconferencing, videoconferencing, and multiplayer gaming, but while the Apple App Store sells software only for the iPhone and Touch, a Wave marketplace could stock in-Wave applications, along with desktop applications, browser extensions and a world of devices, from laptops, phones, tablets and more with built in Wave support.