Today we have a video take by the gang at Engadget that shows a small sampling of what Light Peak is capable of even at this early stage of development.

What you see is a "hackintosh" system based on an Intel CPU and chipset. They then run 1080p video and a large file transfer over the Light Peak connection at the same time. Pretty impressive stuff if you ask me.

Now the next steps will be a method of putting this into a smaller footprint and making it affordable for the consumer. Can you imagine being able to swap out a single cable instead of the mass of cables we currently use? I suppose the next step is sending power of this line, at that point we will have a single step setup of our computers.

Of course the minor news here is that it looks like Intel might be violating Apple's EULA by not using genuine Apple products. Then again this seems like something that Apple would be very interested in and working with Intel on as it can maintain the sterile and clean look they so desire. 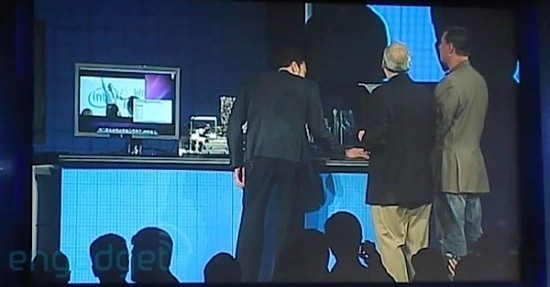