A new app called Loopt actually performs a similar function and is possibly much more intrusive. It is capable of updating your location all the time. This means even if you have the application shut down it is still logging your every move.

The concept is one straight out of Minority Report. In that movie ads and services were custom tailored to you based on where you had been and what you bought previously. Well Loopt wants to do that too. They want to create a life track so that they can force ads on you based on where you have been. of course this is not a free service you actually have to pay $4 per month to be tracked all the time. This is probably why Google's Latitude did not make it. Google wanted it to be free, so Apple and AT&T were not getting anything for the extra bandwidth usage.

Man no more lunch-time visits to the topless bars for me... 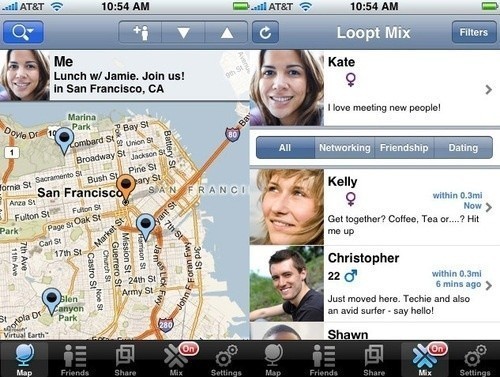