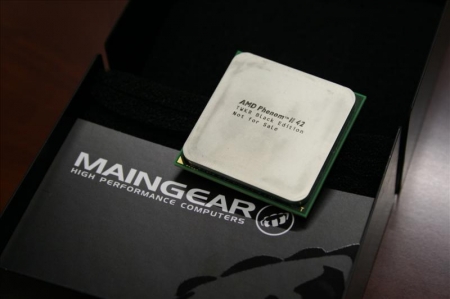 The TWKR chips are hand picked and supposed to be capable of overclocking beyond what the Phenom II X4 955 has to offer. Not much is known about these yet, but it does appear that MAINGEAR PC was just delivered a few of these direct from AMD and will be putting them to the test soon and giving us some numbers. Until then, enjoy the pictures. 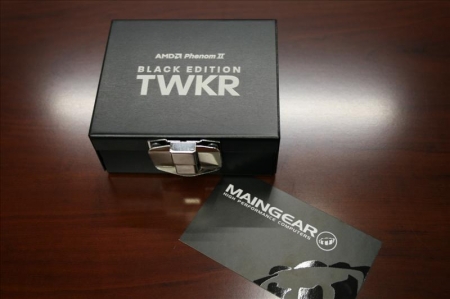 Courtesy of my friend and boss, Wallace Santos - check out his MAINGEAR blog! (and don't forget to check out our killer gaming computers while you're at it)

A Phenom II X4 processor without a model number? TWKR? What does it all mean? Well, AMD culled these parts from their Phenom II X4 line that are supposed to overclock beyond the capabilities of the Phenom II X4 955. They hand delivered these parts to us and we're going to put them through the ringer. Will they come out the other side as something truly special? Should Dirk Meyer sign these before we put them in a system? We'll let you know as soon as we put them through our brutal Redline validation process...