All NewsBusiness, Financial & LegalCases, Cooling & PSUContests & GiveawaysCPU, APU & ChipsetsDealsDisplays & ProjectorsGamingMotherboardsScience, Space & RoboticsStorageVideo CardsVirtual & Augmented Reality
All ReviewsAll ArticlesAudio, Sound & SpeakersCases, Cooling & PSUCPUs, Chipsets & SoCsComputer SystemsDisplays & ProjectorsGamingMotherboardsNetworkingPeripheralsStorageVideo Cards
GuidesGamingAsk the ExpertsNewsletterAboutForums
Halo InfiniteBattlefield 6Elon MuskGTA 6RTX 3080RTX 3070HDMI 2.1Bitcoin Mining
I just do not know what I would do without all of the nice little e-mails that tell me how to have a better time in the sack, enhance my manhood, and of course the numerous offers for dates and cheap software.

I am sure most of you know what I am talking about here; it is the plague of all system administrators and users SPAM.

We often get tons of it daily or if you have a good spam filtering system you may see if only once and a while but the fact is that there is more spam out there than legitimate e-mails.

According to Symantic roughly 90% of all e-mail traffic is Spam. Meaning that out of all the millions of e-mails sent daily only 10% are valid and legitimate. Pretty sad when you think about it, we hear of ISPs going after file sharers due to bandwidth usage. I wonder when they will hit up the Spam servers... 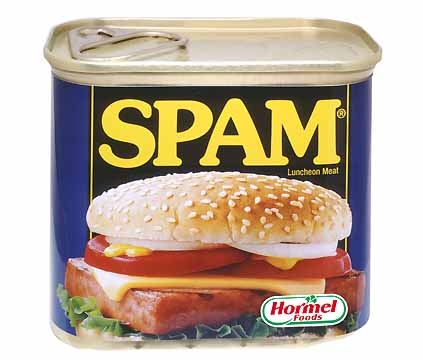 Symantec's May 2009 MessageLabs Intelligence report reveals other disturbing trends, as well. Rather than just hijack disreputable Web sites, cybercriminals now favor older and well-established domains to host their malware. The report says 84.6 percent of all domains blocked for malicious content are more than a year old. One type of domain now especially vulnerable to threats is social networking, since most of the sites' content is created by users.

"Spammers using better-known and thus more widely trusted Web sites to host malware is reminiscent of the spammers who rely on well-known Web mail and social networking environments to host spam content," said Paul Wood, Symantec's MessageLabs Intelligence senior analyst. "The trustworthy older domains can be compromised through SQL injection attacks while newer sites are more likely to be flagged as suspicious--a temporary site set up with the sole purpose of distributing spam and malware--and thus faster to get shut down."