All NewsBusiness, Financial & LegalCases, Cooling & PSUContests & GiveawaysCPU, APU & ChipsetsDealsDisplays & ProjectorsGamingMotherboardsScience, Space, Health & RoboticsStorageVideo Cards & GPUsVirtual & Augmented Reality
All ReviewsAll ArticlesAudio, Sound & SpeakersCases, Cooling & PSUCPUs, Chipsets & SoCsComputer SystemsDisplays & ProjectorsGamingMotherboardsNetworkingPeripheralsRAMStorageVideo Cards & GPUs
GuidesGamingGPUsSSDsNewsletterAboutPrivacyForums
PlayStation 5 ProRX 7900 XTXAMD Zen 4RTX 4090RTX 4080RTX 4070GTA 6Elon MuskHDMI 2.1
Storage
Western Digital has kicked a rather impressive drive out of the nest and into the big scary world. This drive has the amazing capacity of 2TB (yes that is 2,000GB. But it is not all capacity WD has dumped their GreenPower and SilkStream technology in to it as well.

The new drive will sell under the name WD-AV-GP and is marketed at the DVR/Media Center people out there. With GreenPower you get a 40% power savings over similar drives (ummmm just how many 2TB drives are out right now.) and with SilkStream you get the ability to seamlessly stream up to 12 HD media streams at once.

The drive will also come with 32MB of cache and a price tag of around $300. 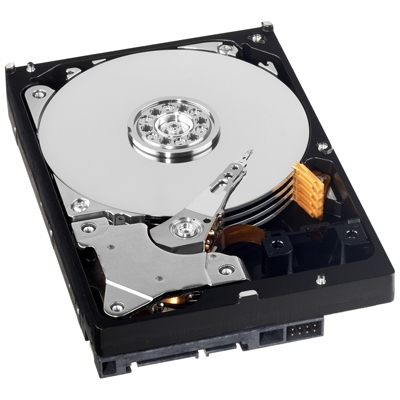