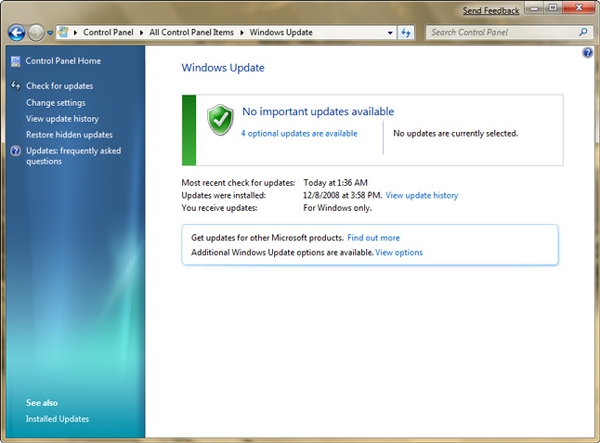 The new updates are scheduled to hit Tuesday, and there will be as many as 10 fake updates in the next week. Microsoft stated that there will be no new features or fixes and that all of the updates will be fake. A Microsoft spokesperson stated that they want to "verify our ability to deliver and manage updating of Windows 7 in certain real-life scenarios."

This isn't the first time that Microsoft has tested the update mechanism for Windows 7, however it is the first test for the Release Candidate which went live last week. Thurday Microsoft sent out a patch for a major bug and it should have been installed already assuming that automatic updates are enabled.

Unlike the February test, however, this time many of the updates will install automatically, according to a second blog entry on the Microsoft Update site. One of the updates will also test a new notification feature, said the update blog. "[It] provides detailed information about available updates that need to be installed manually," Microsoft said. "Windows 7 RC users will be prompted to install this update and provided more information about this feature -- it will not install automatically."