All NewsBusiness, Financial & LegalCases, Cooling & PSUContests & GiveawaysCPU, APU & ChipsetsDealsDisplays & ProjectorsGamingMotherboardsScience, Space & RoboticsStorageVideo CardsVirtual & Augmented Reality
All ReviewsAll ArticlesAudio, Sound & SpeakersCases, Cooling & PSUCPUs, Chipsets & SoCsComputer SystemsDisplays & ProjectorsGamingMotherboardsNetworkingPeripheralsStorageVideo Cards
GuidesGamingAsk the ExpertsNewsletterAboutForums
Windows 11Halo InfiniteBattlefield 2042Elon MuskGTA 6RTX 3080HDMI 2.1Bitcoin Mining
The Movie and Music industry in the US is riding high on a wave of exhilaration lately. After their stunning win over the Pirate Bay (although that might get over-turned) it seems they feel they can do whatever they want.

First they decided to continue suing private individuals after saying they wouldn't, then they buddy up to ISPs and ask them to cut people off from the Internet only on their say (a law that was rejected in the EU).

Now they have sent the President of the United States to talk to Spain and pressure them to change their Anti Piracy Laws. You see in Spain, private non-commercial file sharing is legal. As are non-profit bit-torrent sites. But the MPAA wants that to change and change now. Since they have no sway over the Spanish government they chose to send someone with a little more power.

When President Obama and Vice President Bidden were elected many felt we were getting little more than a puppet for the MPAA ad RIAA. In fact some of President Obama's resent appointments to the US DoJ seem to support this.

But to actually go to another country and ask them to change the laws on behalf of a US corporate entity is just plain wrong. It is not our place (I am a US Citizen) to police this or for the US Government to represent any Corporate interests. If this is an indication of things to come under the Obama administration I shudder to see what happens next. 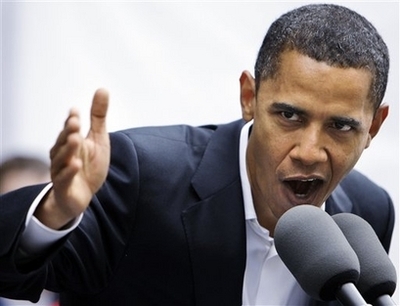 The US charges that the Spanish government has done little "to change the widespread misperception in Spain that peer-to-peer file sharing is legal," referring to the 2006 "decriminalization" notification from the Office of the Prosecutor-General as "problematic".

Of course, no article on bringing in tougher restrictions on file-sharing would be complete without the obligatory calls for pirates to be disconnected, and the Special 301 Report doesn't disappoint. The United States says that part of Spain's "priority action" should include an agreement between ISPs and copyright holders to prevent infringing content being available on the Internet and should include "the immediate and effective implementation of graduated response [3 strikes] procedures."