In a shocker to anyone that has not really been following Apple's business model they found that the cost of all components, was around $22.00.

This makes the markup on the device in the realm of 360%. This hefty little markup brings some of Steve Job's comments on netooks into questions. 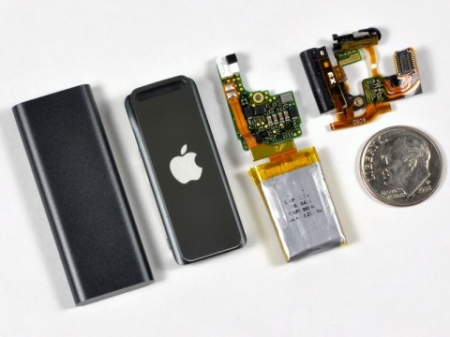 All told, the cost of the shuffle's components, the headphones, and the packaging it ships in comes to $21.77, according to iSuppli's estimates. That's about 28% of the device's retail price. The smaller the component cost as a percentage of price, the higher the potential profit. This suggests the per-unit profit margin on the shuffle is higher than on other iPod models. The component cost for the first iPod touch released in 2007, for instance, amounted to about $147, or about 49% of its $299 retail price. The component cost of the third-generation iPod nano, also released in 2007, amounted to about 40% of its retail price