According to tester of the latest build (7048) you can actually turn IE8 off through the Windows Features dialog box.

This throws a major wrench into the EU's current witch hunt into MS' inclusion of the browser in its OS.

I wonder what they are thinking right now? 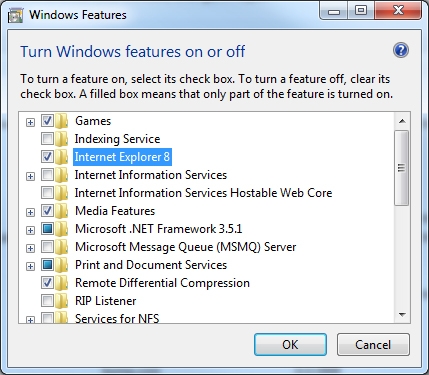 Microsoft has included in recent Windows 7 test versions an option to turn off the Internet Explorer 8 Web browser, according to testers who have used the recent builds.

Microsoft declined to comment on the feature's inclusion as well as the reasons behind the move. Others are speculating it might have something to do with the European Union's objection to the inclusion of a browser within Windows.