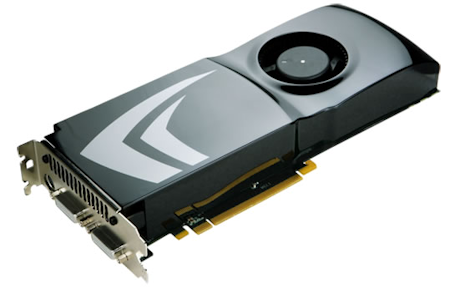 According to a leaked memo, NVIDIA are set to introduce us the GeForce GTS 250 graphics card at CeBIT in Germany next month.

One might get excited about the new model, but then be sadly disappointed when they find out it is just a re-named GeForce 9800 GTX+ with the exact same parts and even the same cooler.

The following memo was sent out by NVIDIA to its partners regarding the "new" product:

"GeForce GTS 250 carries over the same specs and features of 9800 GTX+, and hence the same GPU, memory, board, PCB, and thermal solution. AIC's should be confident in purchasing GPU's, PCB's, and other materials, since the only change is a new VBIOS to implement the new branding"