All NewsBusiness, Financial & LegalCases, Cooling & PSUContests & GiveawaysCPU, APU & ChipsetsDealsDisplays & ProjectorsGamingMotherboardsScience, Space & RoboticsStorageVideo CardsVirtual & Augmented Reality
All ReviewsAll ArticlesAudio, Sound & SpeakersCases, Cooling & PSUCPUs, Chipsets & SoCsComputer SystemsDisplays & ProjectorsGamingMotherboardsNetworkingPeripheralsRAMStorageVideo Cards
GuidesGamingAsk the ExpertsNewsletterAboutForums
RTX 3090 TiRTX 4090Diablo 2GTA 6Halo InfiniteElon MuskRTX 3080HDMI 2.1
It looks like the team at India who promote Google did a few lines of pure columbian Yayo before a brain storming session one night. Because if you look at what's been created, it's surely the only thing that can explain it! 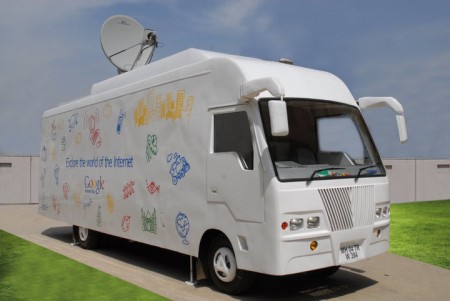 Say hello to the Google Internet Bus, essentially a mobile internet cafe with super fast internet inside. The main reason for setting this up is to better educate the poor people in India who may not have even heard of the internet before, let alone used it. 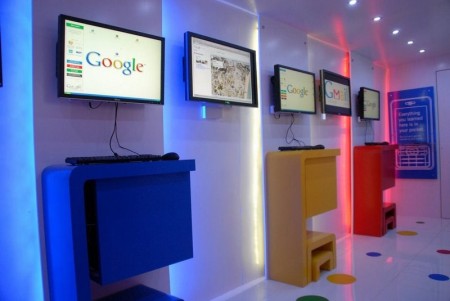 Here's an idea of just how tough things are for many people over there :-

Anyways, back to point, India is a country of approximately 1.15 billion people (estimate for July, 2008) comprises approximately one-sixth of the world's population ( Thank wiki for that. Hey, I meant the estimated number ). 22% (2006 est.) of those live under poverty line. Do the math and that comes out to about 253 million people. That's pretty near to the 300 million population of USA. Quoting from a "Times of India" newspaper article ".... if your daily earnings cross Rs 17 in Delhi, Rs 18 in Mumbai, Rs 14 in Kolkata and Rs 16 in Chennai, you are among those fortunate not to be counted by the government as poor." 1 USD = 48.36 Indian Rupees (Rs) . So the above incomes turn out to be around $ 0.35. That is right 35 CENTS. So if you don't make $10.5 a month, you are among the 22% below the poverty line.

A youtube video has also been posted showing some of the methods the internet bus uses to introduce the internet to uninformed people. You can check it out below :-