On Sunday during the Superbowl halftime show Bruce Sang and jumped around while people were busy defacing his Wikipedia page. The clever editors changed the details of Bruce's page to things such as "Bruce Springsteen. This guy kinda sucks." And "Bruce Frederick Joseph Springsteen (born September 23, 1949), nicknamed 'The Boss' is a FAG!".

Wikipedia is looking into changing the editing process to prevent situations like this from happening in the future. 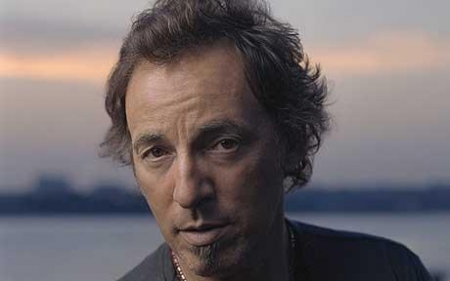 It's the latest in a string of embarrassing incidents for the website, which has prompted its co-founder, Jimmy Wales, to seek a review of the rules governing the editing of entries.

He has recommended that editing the profile of a living person should become a two-stage process, with anyone still able to make a revision to that individual's Wikipedia page, but a senior editor having to approve the post before the changes go live.

The change in policy was prompted in part by recent embarrassing edits to the profile pages of Edward Kennedy and Robert Byrd, who were both taken ill at a dinner to celebrate the inauguration of President Barack Obama. Wikipedia entries for both men were erroneously edited to suggest they had died.