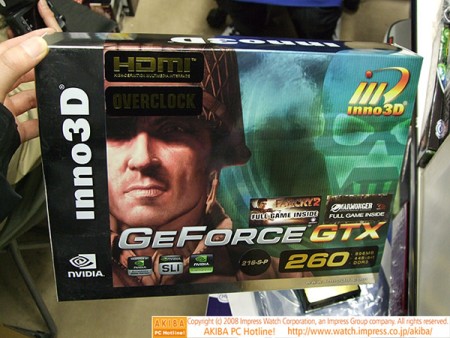 Inno3D must have been super eager to get a 55nm 260 to market before Christmas; this is a full retail offering and comes bundled with copies of Far Cry 2 and Warmonger. 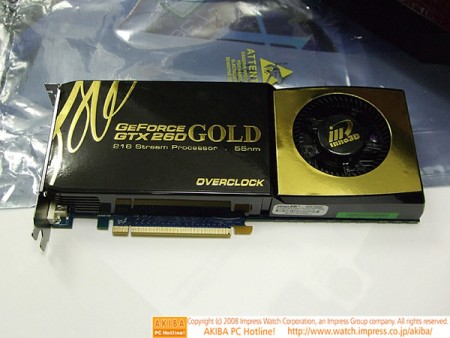 Inno3D sits the card under their new Gold series lineup and the cooler depicts this along with further confirmation it sports a 216SP 55nm core and is overclocked. 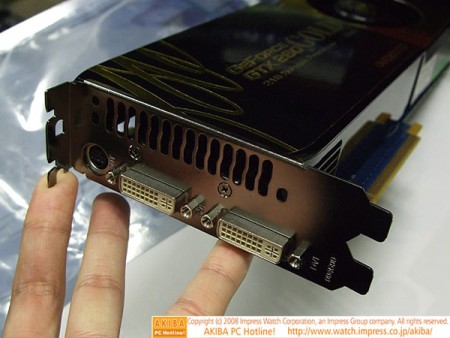 One particularly interesting aspect of this PCB is that all memory chips have been moved to the front of the card, doing away with the need for a backplate. 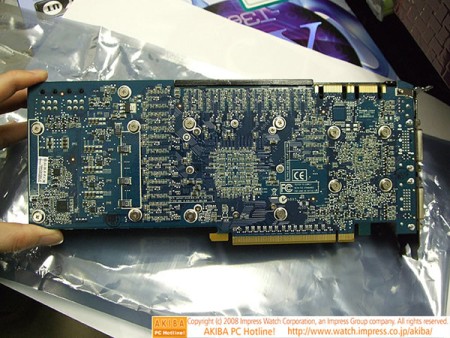 Thanks goes to Japanese website watch.impress for the pics.
Newsletter Subscription