A Japanese overclocker who calls himself "Duck" seems to have nailed it with his Rampage II Extreme setup, taking a Core i7 CPU to world record speeds of 5510.9MHz. The validated CPU-Z screeny below gives confirmation of his latest feat :- 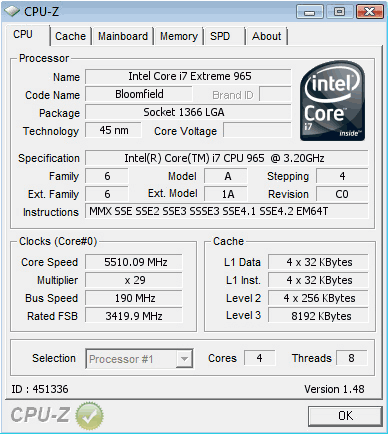 This isn't the first time Duck's been in the limelight, either. Last year he pushed a Pentium IV 631 CPU to an incredible 8180.4MHz, which still remains the highest frequency to this day. I wonder how long it will take for another talented overclocking veteren to step up to the plate and try bettering this result?