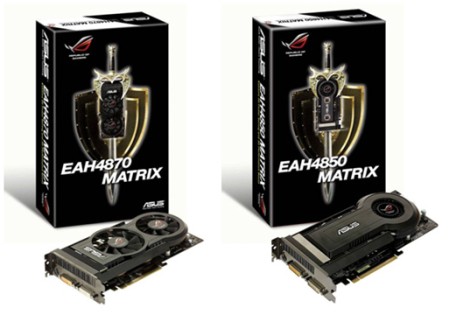 The only letdown about these cards that I can see is they both run just 512MB of memory. It's a little odd ASUS would go to all this effort, introducing fancy features and overclocks, yet in a time when 1GB of memory proves to help in some of todays games at higher resolutions, detract from their appeal by leaving the memory capacity wanting. We can only hope that these cards will pave the way for some 1GB variants in the near future.

For full details on the extensive feature-set of these unique R.O.G. Matrix series graphics cards from ASUS, check out the official PR here.