We've seen a few companies like Cooler Master announce LGA1366 brackets for some of their existing LGA775 coolers as a more cost effective upgrade path, but there are also some entirely new coolers hitting the market specifically for Core i7, too.

Just recently Asetek introduced an OEM-only liquid cooling system which is an option for commercial PC builders to include in their Core i7 system packages before shipping to customers. You can read more about it here. 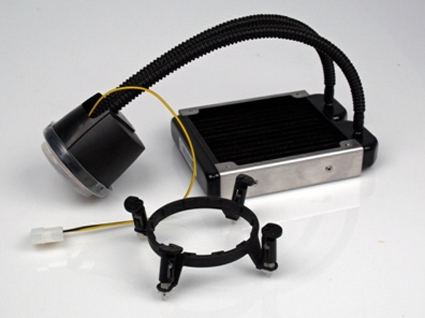 Akasa has also just introduced a new high-end cooler for Core i7, dubbed the Nero. It features three 8mm U shaped copper heatpipes and makes use of HDT (Heatpipe Direct Touch) technology along with 46 aluminum fins and a 120mm fan which operates at between 500 and 1500RPM. You can find further information on it here. 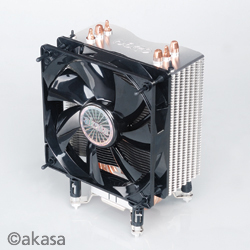 A not so big player in the field, Titan decides to give Core i7 cooling a shot and produces the LGA1366-ready FENRIR CPU cooler.

This one looks pretty beefy actually and on paper shows promise with its four 8mm copper heatpipes using Heatpipe Direct Touch tech and a large aluminum heatsink using a unique fin design that is said to reduce air resistance and further enhance the dissipation process. The included 12cm PWM Z-axis bearing fan spins at between 800 and 2200RPM with a sound output of 17.2 to 39dBA.

You can find more info about this cooler here. 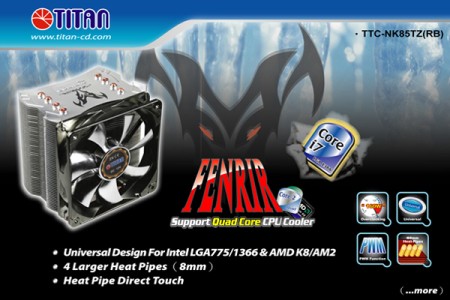