All NewsBusiness, Financial & LegalCases, Cooling & PSUContests & GiveawaysCPU, APU & ChipsetsDealsDisplays & ProjectorsGamingMotherboardsScience, Space & RoboticsStorageVideo CardsVirtual & Augmented Reality
All ReviewsAll ArticlesAudio, Sound & SpeakersCases, Cooling & PSUCPUs, Chipsets & SoCsComputer SystemsDisplays & ProjectorsGamingMotherboardsNetworkingPeripheralsStorageVideo Cards
GuidesGamingAsk the ExpertsNewsletterAboutForums
RTX 4090Windows 11Halo InfiniteBattlefield 2042Elon MuskGTA 6RTX 3080HDMI 2.1
RAM
During their rounds at IDF earlier today, Fudzilla has acertained that Core i7 will in fact have an unlocked memory multiplier. It wasn't that long ago that a very sour rumour had emerged regarding Nehalem's ability (or therelackof) to run high speed (1600MHz+) DDR3 independantly of the CPU clockrate and voltage; this due to what was believed to be a limitation of the combined memory controller. 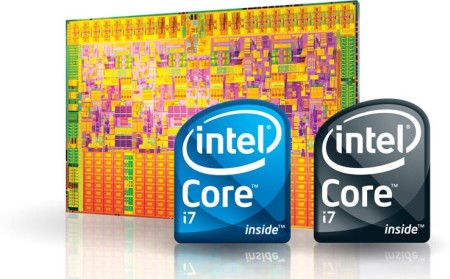 This report clears a few things up and puts those fears to rest, also making mention of Nehalem's ability to run different memory configurations (including mismatched modules) without any hiccups.

The granularity is 64MB, in other words, the smallest size on one interleave would be 192MB, although it's unlikely that someone would end up with such a configuration, as the smallest DDR3 modules are 512MB. Again, this is good news for people planning to upgrade, as it's possible to run with unevenly configured memory, but according to Intel you get the best performance if you keep the same amount of memory in the same channel, although this doesn't mean the same size modules in each channel.

For example, if you own a 2x2GB DDR3 kit today, you can compliment it with a 2x1GB kit and split it into 2GB per channel for the best overall performance. This means that triple-channel memory kits might not be as popular as first expected and it could possibly upset a few memory manufacturers that hoped to sell a lot of triple-channel DDR3 memory kits.