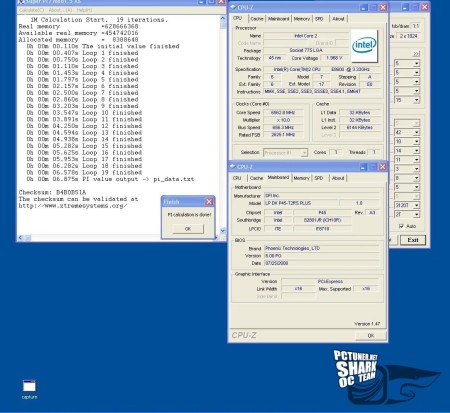 As you can see in the above screenshot, the result is quite astonishing with a clockrate of 6562MHz from the E8600 processor thanks to the 656MHz FSB, x10 multi and LN2 cooling on tap. Though, this wasn't possible without the voltage needing a huge boost to 1.97v.

As can be seen in this overclocking world record database, the fastest ever Super PI 1M run was achieved with the setup, ploughing through it in just 6.875 seconds. There's no denying DFI has a real winner with the new P45-T2RS Plus; it's one of the most incredible motherboards ever to grace the overclocking crowd.

You can view the original thread where the action unfolded on the XtremeSystems Forums.
Newsletter Subscription