Guide to Buying Blu-rays from Overseas

Here at TweakTown I often get questions about whether or not Blu-ray 'X' will work in an Australian or American Blu-ray player; so I thought it would be a good time to write a guide about Blu-ray importing. Let's begin! 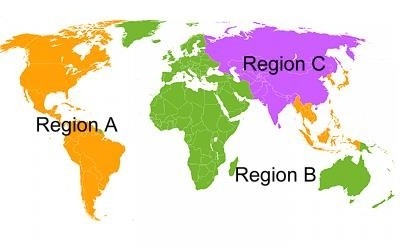 As can be seen from the image above, Australia now shares the same region with Europe.

As it stands now, all Blu-ray manufacturers adhere to region coding. In the early days of DVD, the same was true. However, after a few, namely lesser brand manufacturers chose to do away with region coding, many including big guns like Sony followed suit. I assume that at some stage, certainly as Blu-ray popularity increases, that the same will happen; a rogue brand will market a region free player and then the big manufacturers (fearing lowered sales) will follow.

It should be noted that there are a few online distributors whom are selling, for an overly inflated price, hardware region hacked Blu-ray players. Whilst I know nothing of the reputability of these places, or the quality and reliability of their hacks, it proves that there is at least an ability to hack players and more importantly, a market for this feature. However, because there is such a flux in the Blu-ray player market, with the necessity of firmware upgrades to merely play many discs and the lack of profile 2.0 Blu-ray players on the market, I would recommend staying away from these modifications for the time being.

So now, Blu-ray fans have two choices; stick to the (at times) limited choice of what is available in the local market, or seek out the world of Blu-ray importing.

Because of the distribution of movie rights between different companies around the world; let's say, Disney distributes a movie and has not made it available on Blu-ray in Australia, this doesn't mean a different company whom hold the rights in a different country haven't done so. In fact, it happens frequently. Or, it may be available with better quality video or audio, or with more extra features. This is where things get exciting, expensive and at times, a gamble. But I will try to help out.

As we have established, Australia (where I write this - I know we have a large international readership) resides in 'Region B'; the same as Europe. So, Australians can import any European release with certainty.

A good starting point for importing European Blu-rays is Amazon.co.uk. Because of the exchange rate of the British pound, coupled with relatively high shipping can make this a slightly expensive proposition.

However, for American Blu-ray releases, this is where things can get slightly confusing. Whilst they are officially 'Region A', many distributors choose not to region code their discs...but sometimes they do.


Let's break it down by company:

So, pretty much any release from Universal, Paramount and Warner are safe to be imported (as of publishing date anyway). Twentieth Century Fox titles can't be imported and the rest you will have to keep your eyes peeled to the following site, which check all releases quite promptly - Blu-ray Region Code Info. They are a great resource.

For importing Blu-ray releases, I frequently use DVD Pacific. They offer a great range of discs at very good pricing and well priced postage, including FedEx and DHL, which can be tracked online. Also, unlike Amazon, they are very honest with what they have in stock. That is, if it says 'In Stock' - it's ready to go. I have been burned a few times by Amazon claiming this. Their website is fairly basic, and their database is very unforgiving for spelling mistakes or other title variations. But with a bit of perseverance, you can always get what you want. 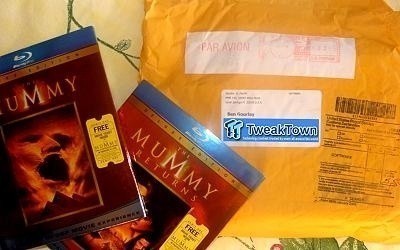 I also sometimes use Amazon which are often well priced (especially for pre-orders), but you will get stung on postage, which is annoyingly not trackable either.

One more site, which is unfortunately closing down very soon is XPloited Cinema. They offer a great range of imported discs and have very good customer service. I believe at this stage they are running out their inventory of discs, so stocks are limited.

Whilst Blu-ray region coding is annoying, it's far better than DVD region coding ever was. There are only a handful of titles that I cannot currently import because of region coding, and most are scheduled for release either locally or in Europe anyway. I do look forward to a time when we won't have to worry about region coding, like we now do not with DVD, but for now we just have to check our sources before we import that title we've been awaiting for.