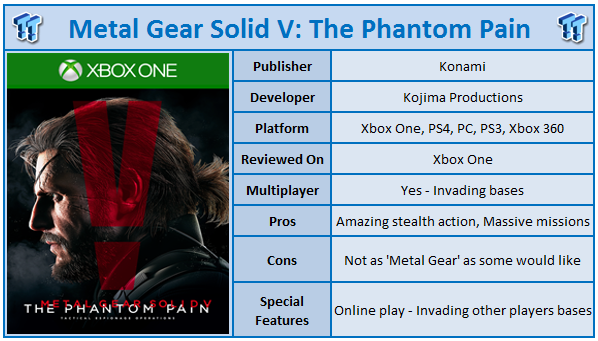 When Hideo Kojima shipped Metal Gear Solid on the original PlayStation, he could hardly have known the impact that it would have on the gaming landscape. Not only did it become one of the highest selling and popular games of all time, it was also one of the most ridiculous storylines ever seen in a game with twist after twist. This has become Kojima's trademark, with the famous developer even accused of trolling his fan base in the past. However, the fact is, we love it, and we would not have it any other way. Kojima has finally had the chance to go back and wrap up the Metal Gear Solid saga, with the fifth core game in the series. We really do have this crazy situation where not only is Metal Gear Solid V the best game in the series, it may also be seen by some as the most disappointing. Read on to find out why.

Metal Gear Solid V: The Phantom Pain (MGSV from here on in) is set in the year 1984. Big Boss awakes from a coma after nine years, his military crew in tatters, having been attacked after the events of Ground Zeroes (the prologue to MGSV). Big Boss is starting from scratch. Still a rock solid mercenary with many years of combat behind him, you as Big Boss are tasked with rebuilding the diamond dogs and building the para-military force to save the world yet again. However, perhaps in a major surprise, the story takes a back seat to the action of the game and there will be some that are not fans of this, especially considering Metal Gear Solid's heritage. 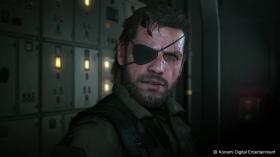 MGSV is a game that offers almost infinite ways to complete it. Sure, there is the mission objective that must be completed, however, how you complete that is entirely up to you. Before each mission, you are tasked with building a loadout and choosing a buddy (if you have unlocked them), before being dropped into battle ground out of a helicopter. You even choose the area of the map to arrive in and after that, it's up to you to figure out how to tackle the mission. This leads to a situation where not only does the game offer a significant level of replay value, it is very likely that every player's experience with the game will be unique. It's one of those games you will want to jump on message boards and social media talking about how you tackled a mission, but at the same time, reading how other players tackled the challenge.

In terms of the gameplay, as a stealth game, it truly is second to none; it just feels perfect to play. When the game's enemies discover you or defeat you, it is always something that you have done. The game never gets to the point where you think it is being cheap and in a surprise, it perhaps plays best when everything goes off plan, when you are discovered. The urgency that is thrust upon you to find a hiding spot whilst the enemy hunts to you is palpable. It is a game that encourages you to let the plans go bad and react accordingly, rather than restart upon being discovered. And you will be discovered. The enemy AI is not only smart, but it hunts far and wide trying to find you. Their use of flashlights makes it fairly difficult to hide and even when you think you have found the perfect hiding spot, you may not have. 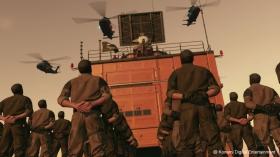 This brings us to the second component of the game, the Mother Base management game. A key facet of success in MGSV is to build up the Mother Base resources which will unlock new items for research, but also some mission recon becomes available as well. For example, levelling up the intelligence crew, will give you live weather updates during the course of a mission. This can be very handy as moving during a sandstorm is an easy way to infiltrate an enemy base. The way that you build these forces up is to capture enemy characters by fultoning them on missions. This can at times feel like a chore (knocking out and then fultoning enemies), however, it really is a key part of the game. It may have been reported before the game shipped that you can entirely ignore this side of the game, but in reality, this is not true. It's not mandatory, but some missions will be nigh on impossible without the R&D team being upgraded.

In terms of the missions themselves, aside from the side ops, they offer a decent level of variety. There are missions where you are tasked with recovering a special enemy weapon, a soldier behind enemy lines or yes, as expected, the famous boss battles from Metal Gear also make a return and offer a decent challenge. Instead of having a difficulty level selected by the user, Kojima has offered users a chicken hat to wear during missions.

Whilst wearing it (and looking really stupid), it allows Boss to be spotted three times before the enemy actually acts upon your presence. In general, this is enough to get you past some tough bits and works a bit better than just turning down the difficulty. There is also the buddy system to make use of and there is elements of the side game (Mother Base) that can help. For example, one mission type is to disrupt enemy supply lines. Doing this may mean that enemies have less flashlights and helmets in missions going forward. It is this intricacy that shows just how interconnected all the systems in MGSV are. One change in an area of the game can disrupt the entire enemy structure and that is quite amazing.

Perhaps one of the criticisms that can be levelled at the game is that for a large period of the game, you will find yourself running between enemy bases or other locations. The maps are huge and this is both to the game's detriment and success (although the latter is the more likely way you will view it). The maps are gigantic. Each mission is set in a small subset of the map, but even, then they are so large that they offer many different ways to approach each area. 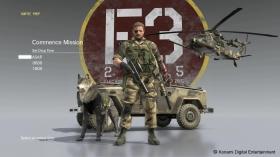 There are elements that can help with this such as the fact Boss has access to a horse by default, and you can take vehicles you have captured into each mission. However, when you choose a buddy other than the horse, there generally is a lot of on foot travelling. That said, running up a hill, scoping out an enemy camp with the binoculars, and executing a plan to perfection is second to none in terms of gaming satisfaction.

As you would expect with Kojima's pedigree, the visuals of the game are stunning, to say the least. Boss is incredibly detailed and each little facet you change of his gear is well reflected on the character model. The way the character moves in the shadows during stealth sequences also brings home his nimble ability, despite him somewhat getting on in age during the course of this game. 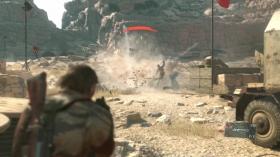 The other characters and environments are beautiful as well and clearly make use of the Xbox One's powerful back-end system. If you are worried that the Xbox One version may pale in comparison to the PS4, then don't - it's a visual feast to the eyes. Voice acting is again extremely impressive aside from one point; Boss hardly speaks. This is actually incredibly surprising considering the lengthy codec chats in previous Metal Gear titles and Snake and Boss's penchant for dialoguing almost everything going on. It actually feels completely out of place.

Metal Gear Solid V: The Phantom Pain is a game of two halves. It is, as we said, the best Metal Gear game, whilst also the least Metal Gear game of the series. If you come looking for lengthy cut scenes and ridiculous over the top sequences (they do exist, just not as often), you may feel disappointed. However, if you come at the game expecting one of, if not the greatest stealth game ever made, you will leave with a smile on your face. It will no doubt have some polarising opinions over the years to come, but right now, you simply do not have a more must play game than this so far in 2015.