All NewsBusiness, Financial & LegalCases, Cooling & PSUContests & GiveawaysCPU, APU & ChipsetsDealsDisplays & ProjectorsGamingMotherboardsScience, Space & RoboticsStorageVideo CardsVirtual & Augmented Reality
All ReviewsAll ArticlesAudio, Sound & SpeakersCases, Cooling & PSUCPUs, Chipsets & SoCsComputer SystemsDisplays & ProjectorsGamingMotherboardsNetworkingPeripheralsRAMStorageVideo Cards
GuidesGamingAsk the ExpertsNewsletterAboutForums
RTX 3090 TiRTX 4090Diablo 2GTA 6Halo InfiniteElon MuskRTX 3080HDMI 2.1
In the past twelve months EA has had to hold its breath. A case was brought against the NFL for its exclusive deal with Reebok in the United States and was upheld. It was seen as a test case for exclusivity deals with the NFL and Reebok lost. EA would have been nervous, but so far it hasn't touched them and in a small way this is a success for gamers. Why? - EA has raised its game significantly with the potential of new companies getting in on the NFL act yet again.

Madden 11 is so refined, so polished and almost so perfect that it's hard to see where Tiburon go from here. With exclusivity comes with it responsibility. The NFL trust EA to deliver a quality product that will raise awareness of its brand every year. There is no doubt in the 2011 edition of the product EA has done the NFL proud. Every feature that has been added is something the series has cried out for over a period of time and finally it appears that many of the things we wanted to see in previous generations have been included. 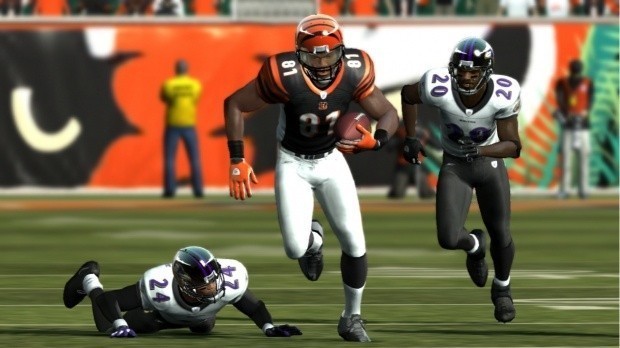 As you would expect, with the official licence comes the official teams, stadiums and tournaments. If you are an NFL fan everything you want is here and authentic. And despite the fact that EA is accused yearly of just releasing a roster update and charging a pretty penny for it, this year of all years from the next generation we believe the cash is worth it.

The first big new feature, and this really opens the game to novices is Gameflow. One of the biggest problems people have had with Madden in the past is dealing with the multitude of plays on offer and having some idea whether to run a pass or run play at the right time. Previously there has been an option for the game to offer a few plays, but never before has it selected them for you. Between each play now you have the option to select Gameflow.

As the name implies, the feature is designed to have the game flow quicker and rather than focus on strategy for the novices, just let them play a good game of football. This also assists in teaching gamers the sport because by seeing what the game picks in each scenario you can start to discover what type of play to run and when.

As well as this with the start of each play, you get the coaches input. If you have a PS3 headset you can have these comments played through that give a much more authentic feel. These comments talk about why the play was selected and in defence what play the offence is expected to run. It really is the best tool that Madden has ever had to help learn play books, but even for those who just want to play the game, everything flows a lot more. This also allows you to play full games quicker which is good considering EA has removed the ability to save in the middle of matches. 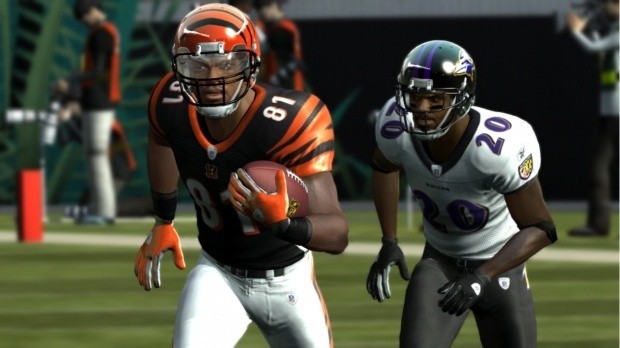 However, for those who want to, the play books are still there and the game is just as hardcore as it ever was. EA is not dumbing down the series and full Madden difficulty will still give you a serious belting around the football field if you are not fully prepared and an NFL genius.

We can honestly say as well that Madden 11 is the first time where EA has started to get close to their target video that was released around the PS3 and Xbox 360 launch years ago. The graphics are nothing short of stunning and it is clear that EA has refined the engine even further this year. The saying 'what you see on Sunday is what you see in the game' has never been more accurate, with injured players being treated on the field and features such as the Doritos crunch time and Old Spice Red Zone. 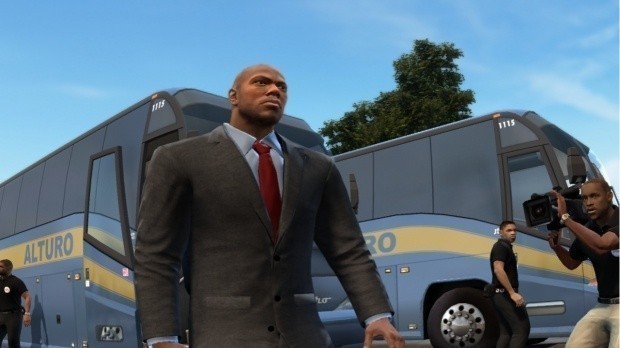 And this comes to one of our slight bug bears with this year's edition; product placement. We understand that product placement is part and parcel of games in the year 2010, but when it is as obnoxious as it is in the 2011 Madden product it's borderline unacceptable that they expect a full price for the game. Commentary references various products when talking about particular plays and it does cheapen the game somewhat, especially the commentary.

While it is a bit of a subtle change, the gameplay has had a slight overhaul as well. Rather than pressing a whole bunch of buttons to achieve something simple, you can burst through packs and push players away just by using the two analogue sticks. The game also now takes into account the speed of the player as well as the direction when determining whether a tackle is broken or how fast a player can change direction. The players feel like they have momentum making the big crunch hits feel even more painful in this years edition. 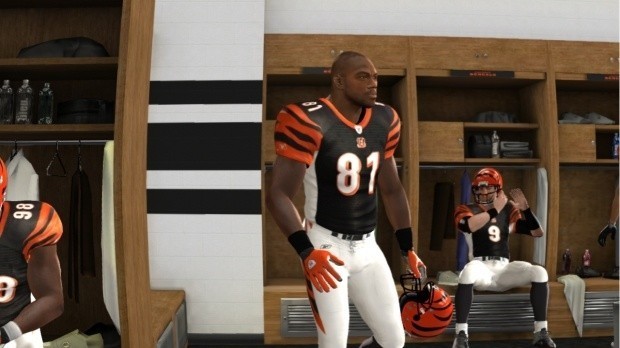 The final area of change is multiplayer which has been completely overhauled. You can now select to control groups of players offering team play rather than one vs. one. So one player will take control of the quarter back and associated players, whilst another may take control of the wide receivers. This leads to true team play where co-ordination is key to success. The game also allows you to scout out online opponents to find their weaknesses which adds another level of strategy. Nothing will scare you more playing Madden 11 online than the text 'you have been scouted'.

Overall, Madden 11 represents one of the best improvements to the series in a long time. Tiburon has clearly built a game which is for novices through to veterans and allows you to go as deep into the game as you wish, or just muck about in exhibition games. Obviously the meat comes from the franchise mode as per usual. This is the best next generation Madden yet and really, even if you only have a passing interest in the sport, you should pick up and play Madden 11 as soon as possible.