With all the hype around the launch of the GeForce 7900 and 7600 cards from nVidia in the past week, it seems that ATI have been a little bit out of the light.

As usual we saw the new set of Catalyst drivers make their way into our inbox just before the first half of the month but being quite busy testing a whole bunch of new graphics cards from nVidia, we did take a little bit longer then we would have liked to test them and publish our article. No hate mail please!

Never fear, our Catalyst performance analyst for March 2006 is here, so let's take a look at what ATI have done this month. We would like to thank everyone for taking the time to comment last month on our monthly articles and we're happy to mention that we'll be including the Radeon X800XL from now on since it was the most requested graphics cards to be added to our benchmarks from our readers.

As with most Catalyst releases, performance has increased in various situations.

* 3DMark05: Pixel Shader test runs as much as 1-2% faster, primarily when Anisotropic Filtering is enabled
* Call of Duty 2: Framerates are up 5-10% on the enthusiast-class ATI Radeon X1800 and ATI Radeon X1900 products

Nothing too much has been mentioned by ATI in terms of performance changes but let's run our usual suite of benchmarks and see what happens.


As we hit the third month for the year, we haven't changed our test system so we will get straight into the results.

While we haven't changed the system we have added the Radeon X800XL due to popular demand. We hope to add small improvements to these articles throughout the year, so please continue to leave your comments as we do read them. 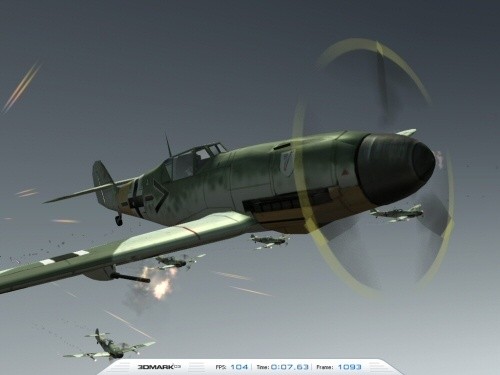 3DMark03 shows no performance difference on any of the cards between the last two sets of drivers.

3DMark05 is the second latest version in the popular 3DMark "Gamers Benchmark" series. It includes a complete set of DX9 benchmarks which tests Shader Model 2.0 and higher.

The higher-end X1800 sees a small bump in performance at the lower resolution. All other results show that nothing has changed.

3DMark06 sees no performance difference between both resolution and all cards.

The X1600 and X1800 see a small drop in performance at both resolutions but nothing major.

Half Life 2 sees a small drop on the X1600 and X1800 in both resolutions but again like Far Cry it is nothing major.

The X1800XT sees roughly a 10% rise at the higher resolution with no other difference between the other cards and resolutions.

We again see that the high resolution performance on the X1800XT under OpenGL has been increased.

The only card to show any performance difference is the X1800XT taking a minor drop in the Min and Max FPS at 1024 x 768.

While the X1800XT saw a slight bump in non AA and AF tests, here we can see that all cards are scoring almost identical.

We again see that the mid and high end X1K cards have a slight drop in performance when it comes to Far Cry.

The OpenGL performance bump is also seen in our AA and AF tests for the X1800XT while the other cards show no change.

ATI didn't promise any big performance jumps this time around and its worth having a look at the release notes as there are many game fixes which seemed to be the main concern on this release.

Where the folks at ATI did promise a performance increase was in 3DMark05 and Call of Duty 2 for the higher-end cards. We can clearly see that the X1800XT got an increase in 3DMark05 in our non AA and AF tests and an increase in Doom 3 and Quake 4 which utilizes OpenGL.