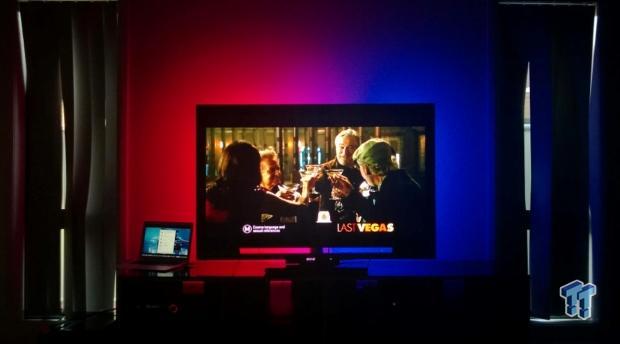 Home entertainment has evolved dramatically in the last 10 years, and it's still a long way from finished. Home theatre setups now include large HDTVs, 7.1 surround sound, game consoles, set-top boxes, and the fun doesn't stop there. Lightpack is a project that was funded on Kickstarter and is now reaching consumers. Lightpack works by placing LED lighting strips on the back of the TV and connecting them to a central control box that also gets mounted to the back of the display.

These LED lights take the movie watching experience and enhances it by extending the light past the edge of the screen. On larger displays--50+ inches--you'll need multiple Lightpacks, and as the owner of a 52-inch display, I backed the project with a Multipack that delivered 2 controllers that come with 10 LED lights each. The light is emitted from the multicolored LED lights at the rear of the display and are reflected on to the wall behind. Each light color is set based on a sampling of the pixels at the perimeter of the video source going to the display and is sent over USB cables to the controllers.

The controller units really serve as connection points rather than brains. The brain comes from your laptop or device that runs software that drives the controllers and the attached lights. The image on the screen is sampled multiple times per second so the lights will accurately match the screen. However, the speed will have a performance impact on your processor. 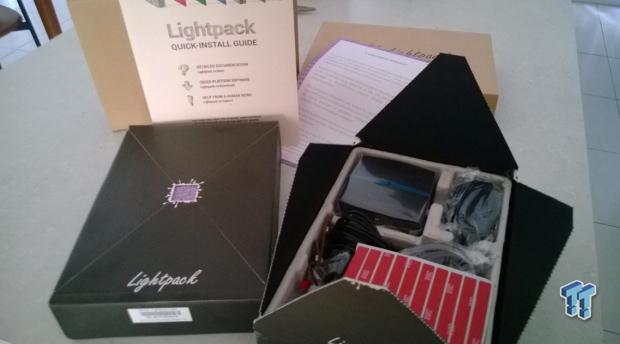 The software that drives the Lightpacks is called Prismatik and does take some time to setup when you have multiple controllers and 20 light strips, but spending the time here is definitely worthwhile. If you don't accurately map the location of where you placed the light strips with the configuration in the Prismatik, the lights behind the TV won't match the edge of the screen, which breaks the experience.

Matching the video output from an HDMI cable is one thing and will surely impress your friends, but the real reason you want this is the incredible possibilities. The software actually runs on Windows, OSX, Linux, and even an Android 4.0 device. Those willing to put in a bit more effort can get it running on XBMC and RaspberryPi. 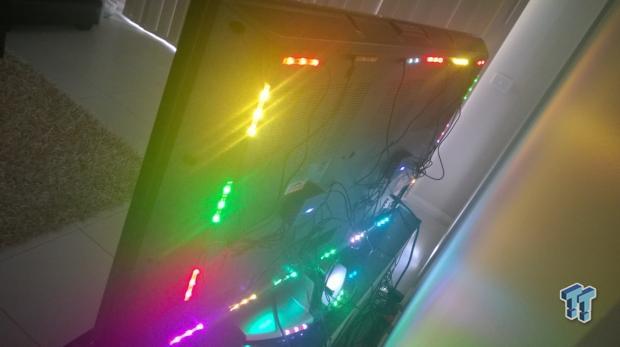 Don't think for a second that this technology just works with video; it also works with games and the most interesting apps. That's right, developers get the code to write apps to control the lights. The software needs to be running on the device that is producing the video, so this counts out consoles that are locked down, although the Xbox One may open to apps that would allow Lightpack to play.

It's easy to imagine scenarios where this can get awesome really fast. Imagine watching a movie and having the top-right LED glow red when you have a new email, a download finishes, or a contact from your favorite list calls you. Imagine configuring the lights to increase in brightness to wake you up in the morning or connect with a weather service and change based on the forecast. This really is much more than a bunch of lights that look pretty. This is a platform that could facilitate notifications and information that fundamentally changes the way we think about displays. 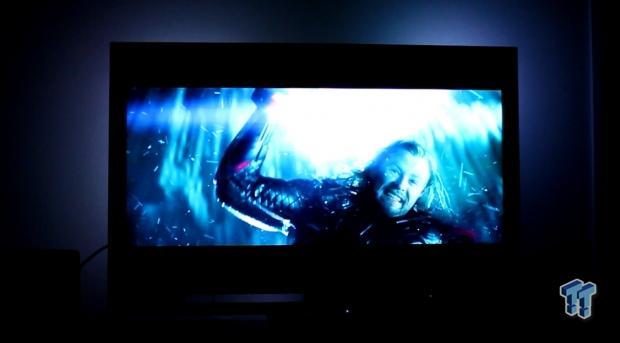 Lightpack will work just as well on a desktop monitor, which is great if you're working well into the night or if you decide you'd like some lighting effects to match that Spotify playlist. Connect it to a motion detector like the Belkin WeMo and it could act as a security system. With the software and openness, the possibilities really are endless. With Lightpack just reaching the early backers, it's certainly still in its early days, as some features like control via an Android app is still in beta. It works, but there are some serious limitations right now like the limitation of controlling up to 10 lights or, in my instance, half the display.

The visual appeal of Lightpack is one thing, but the makers of the product say there's some science behind it. When that glow of a TV screen is the only source of light in a dark room, it can be hard on your eyes. When scenes are switching very fast during a movie, your pupil reacts to the level of light by dilating and contracting as much as 1 to 8 millimeters.

When switching from a dark to a light scene, it takes about 5 sec for a pupil to narrow, and up to 5 minutes to increase the size of a pupil when it gets darker. That's why the muscles of an eye are in constant tension, which can lead to vision problems. The theory is that Lightpack increases overall light in a room reducing the variations and reducing eye strain. I couldn't say this worked, although my eye strain is typically due to the clock being past 1am rather than lighting issues. 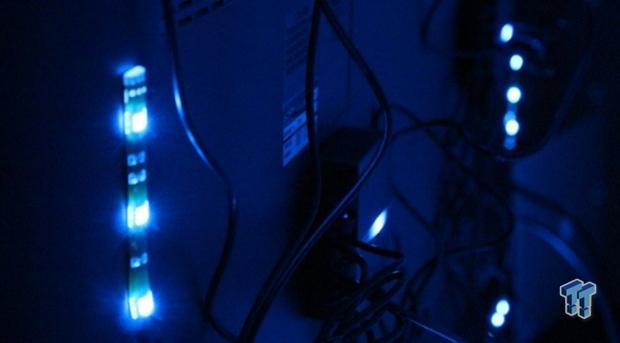 If you didn't get in on the Kickstarter, Lightpack is now available through their website for $119.00 each. This comes with the main controller unit, 10 LED modules with 70 cm cable length, Micro USB cable, AC adaptor with a plug for US, EU, and UK, as well as some cable ties to deal with the spaghetti octopus on the back of your display. The product also comes with some extra adhesive strips should you decide to upgrade your TV or change the Lightpack to another display. While these are a nice inclusion, the product is definitely not designed to move between screens frequently.

The setup isn't simplified, and for that reason, it's hard to see regular everyday people considering Lightpack, but for business displays or enthusiasts, and especially home theatre geeks, the Lightpack is awesomely packed full of potential.

Jason is the creator of techAU.com.au, the technology website that covers the best technology news, with a strong focus on Australia and delivers plenty of original reviews and event coverage. Run out of Albury Wodonga, Australia, techAU regularly attracts around 30,000 unique visitors per month. Jason also works as a Blended Learning Developer for Learning Innovation at Wodonga TAFE. In this role, he works with teachers, improving their technology skills, so they can improve classes for students. His background involves multimedia development - web design and development with strong focus on UX, image editing, video filming, editing, still photography, 3D animation, character animation, project management to name a few.