I've said this so many times now, but it needs to be said again - I'm a resolution lover. I love high-res, high refresh rates, all of the fringe, high-end stuff. I've never been into virtual reality, and I didn't back Oculus VR's original Kickstarter, but I'm kicking myself (pun intended) now that I didn't back them. 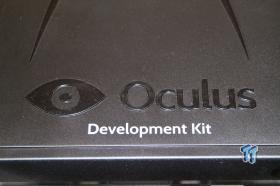 After hearing and seeing so many videos and articles on it, I needed to simply try it for myself. Oculus VR weren't at Computex Taipei, so I couldn't go and meet them, but a few days before PAX Australia 2013, I received an e-mail from Virtual Reality Insanity. The Melbourne-based company invited me to come check their booth out, where they were showing off Oculus Rift.

So, I did. It was awesome. It was the standard developer kit, and I loved the immersion. I went from being a super high-res fan, to immersion fan within seconds. There was a "screen door" effect, because of the low-res 1280x800-pixel display mounted inside of the Rift headset, but the immersion... oh man, the immersion, was bloody awesome. 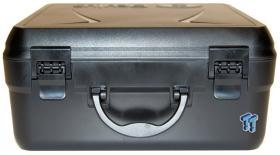 A day or two after the e-mail from Virtual Reality Insanity, I had an e-mail from Oculus VR, who asked if I wanted to set up a meet-and-greet with them. I'm sure you can guess my answer - a resounding, YES. Of course, so I set it for a few hours after the first test of Rift. 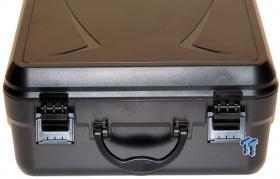 I have my entire thoughts on that right here and I'm still living off of that excitement.

What we have here today, is the Oculus Rift Developer Kit, which you can buy directly from Oculus' website. I received mine this morning, and right up until typing this paragraph, it is still sealed in its container.

The container itself that it comes in is awesome. As you can see from the pictures below, this isn't some cheap eBay purchase. It's a premium way of displaying the next leap in video games and technology. 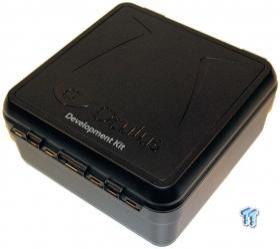 The Oculus Rift's hardware specifications and details will be covered in a follow-up piece, for now, let's get into the unboxing of this VR headset. We'll take a look at the box, and around the box first, because it is just that awesome. Check out our video embedded above. 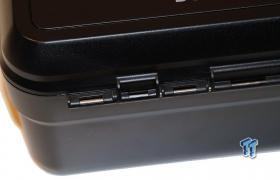 And there we have it, folks! We'll have a couple of more pieces on the Rift soon, but because this is a developer kit and not a full consumer retail model, it will take a little getting used to. It's not as easy as plugging it in and away we go.

So, I'm going to install a few games, and play around with some popular titles and software pieces (such as the virtual cinema) and then provide a follow-up piece on the Rift in the next week or so.