This morning I sat in on a conference with ASUS about their upcoming Tegra 3-based Transformer Prime tablet. The event covered everything you and I need to know about the tablet, as well as a few surprises.

First off, the ASUS Eee Pad Transformer Prime will be the first NVIDIA Tegra 3-based, quad-core tablet on the market. ASUS pushed that there are six unique selling points of Transformer Prime. The six points are: Incredibly Beautiful, Ultra Performance, Amazing Camera, Super IPS+ panel, Supreme Sound and Mobile Dock. 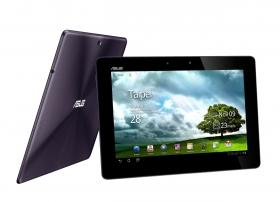 Wow, quite a lot isn't it? I'm not even finished yet. On top of this, is a Micro SD card reader, micro HDMI output, 25Wh Li-polymer Battery with up to 12-hours of battery life, and of course, then we have the optional dock!

The screen is something ASUS have poured a lot of love into. It sports the above-mentioned Super IPS+ panel, with a resolution of 1280 x 800, which has 178-degree wide-viewing angle and corning Gorilla Glass, which is scratch resistant. The screen can be used outdoors and can switch between normal mode and Super IPS+ mode, based on ambient lighting conditions.

Not only that, but it features a hydro-oleophobic coating across the screen and metallic surface which is finger print resistant, with water and oil smudges (such as finger prints) easily cleaned.

The camera was a huge let down in the Transformer, with ASUS changing it up considerably on Prime. Prime sports an 8-megapixel rear-facing camera that includes an LED flash, large f2.4 aperture and is constantly in focus. It also features a smaller f2.8 aperture, back-illuminated CMOS sensor which increases shutter speed, and color enhancement of up to 30-percent higher than competitors.

The optional dock includes a keyboard and a few ports, too. One USB 2.0 port and an SD card reader are included. It also increases the battery life from the tablet-only 12-hours, to 18-hours with the dock.

Looks are great, too. Transformer Prime looks absolutely amazing with its Amethyst Gray (a mix of grey and purple) and a second look - Champagne Gold (a mix of gold and silver). It has a metallic spun finish that is quite similar to ASUS' Zenbook line, which also looks undeniably hot.

Weight and size see some huge improvements with the Prime. One of the downfalls with the original Transformer was its size. I own one personally and I find it quite thick at the back and center, especially when it sits next to my Galaxy S II smartphone. ASUS solved this by shrinking it down, considerably.

By considerably, I mean to the point where it's the thinnest tablet on the market. ASUS have managed to cram all of this technology into something that is just 8.3mm thin - crazy! Weight-wise, it comes in at just 537g, which is nothing short of amazing. I applaud ASUS for doing this, as it can not only go head-to-head with Apple, it can headbutt the iPad 2 and leave it on the ground with a bleeding nose, crying.

ASUS have also worked on the touch experience with Prime; touchscreen responsiveness on competitors tablets is around 110ms, which is what we're all used to. ASUS don't want you to get used to that for too long and have decreased that responsiveness down to another impressive figure; 50ms. This is said to give a noticeably smoother, crisper experience for finger gestures and general use.

Supreme Sound is something ASUS were quite fond of, and from what I heard about it, so am I. It features ASUS' Sonic Master technology and the Prime includes 6-percent larger speakers now, coming in at 17x12mm. It features crystal clear sound, a wider sound range, increased sound fidelity and vocal sound enhancements, too. The speakers can handle a wide range of different sound frequencies which will give the user richer-sounding music. Sound fidelity jumps up too, with the sound coming from the Transformer Prime more of a true reflection of what the sound would actually sound like if you heard it live. 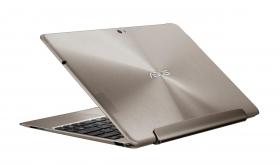 ASUS used an example of someone playing a Violin - what you would hear with your own ears, live, is said to be what the Prime can pump out. Vocals get the same improvement, with ASUS citing an example of human voice. If it involves singing with background music, the vocal sound is said to be much clearer.

One of the stand-out features of this app was the ability to handwrite, and the app will automatically resize the text and put it between the lines of the page you're writing on. This is almost like writing on a piece of paper. The app also supports audio notes, painting and allows visual ideas and cues with super notes.

Productivity is something most people would want to know about when purchasing the Prime and ASUS haven't left any of you out. Prime includes Polaris Office which supports presentations with Excel, Word and is compatible with Microsoft Office 97 - 2007. This turns the Prime into a high productivity machine when combined with the dock.

Dollars. This is what will count most for most people. Price-wise, the Transformer range will now be split into two different segments. Up top, we have the Transformer Prime in the "premium" segment, with 32 and 64GB Prime's costing $499 and $599, respectively. The older Transformer will sit in the "mainstream" section with pricing of $399 and $449 for the 16 and 32GB models, respectively. The dock is $149 for either Transformer. This is based on US pricing, too. Pricing will vary dependant on region.