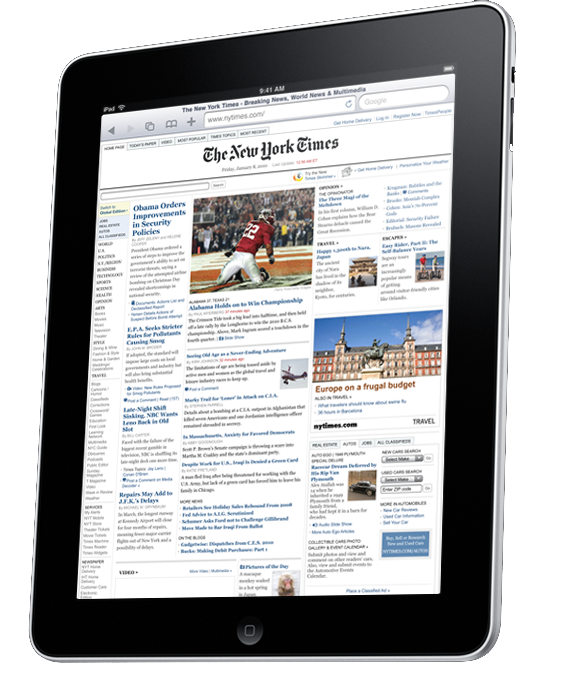 Did I need it? - No, but honestly, most the stuff I buy I don't need, so it's hardly a reason not to buy one. So, why did I buy one? Well, to be honest, I've never used a phone as much as my iPhone and I don't make a whole lot of calls on it. Most of my conversations with people these days are done over MSN.

I love playing games on my iPhone when I'm out and about. Most the time, however, I find I'm in places where I could easily carry something bigger with me, but don't want to quite carry something as chunky as a laptop around. There was a lot that got me excited about the iPad and that was ultimately the reason I bought it. Really, I knew about all the things I couldn't do on it, so I haven't gone and found myself thinking "Oh I can't do that, that's a pain." 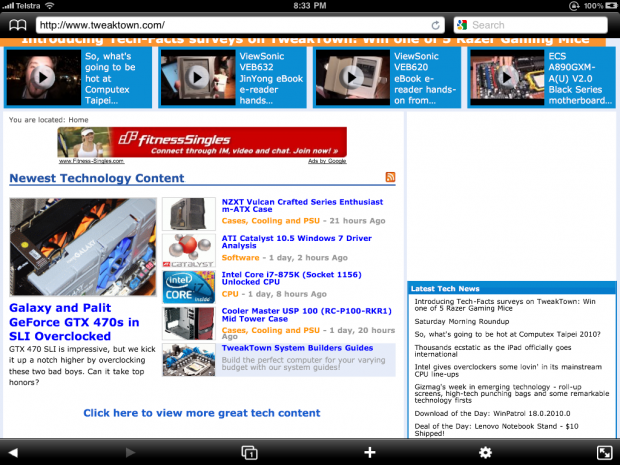 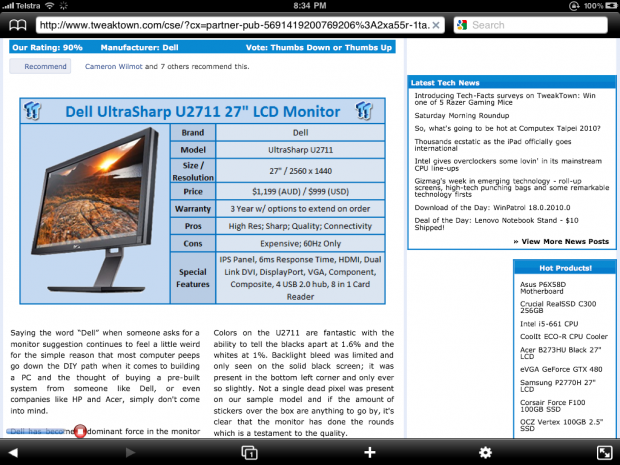 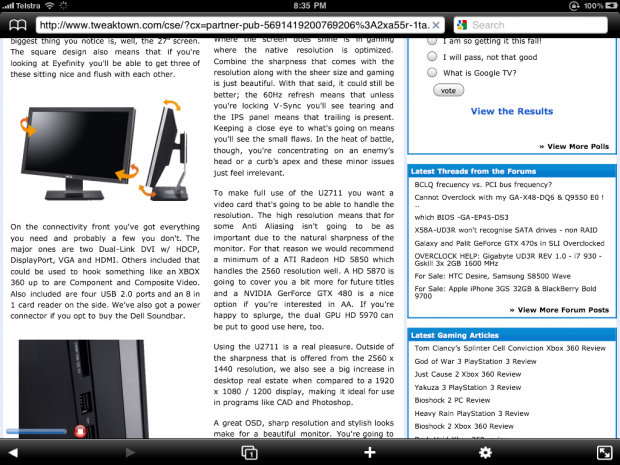 Even if you don't like the iPad, you really should. I'm not saying that you should buy one, but I'm saying that you should at least like what Apple has done. What Apple has done is brought forward the next generation of portable computing. At the moment the iPad can't replace a laptop or netbook for most. For me it can because on my laptop I only really read e-mail, respond and chat on MSN. That I can now do on my iPad, but for people who need Windows, the iPad isn't an option as a replacement device.

Apple is bringing Slate computing to us now and not years down the track. Apple has done all the hard work for companies that wanted to release an iPad device, but didn't have the marketing strength to do so. Instead, these companies who have been sitting on these plans now have a chance to shine.

The bottom line is that while the iPad has many flaws for many people like lack of Flash, not enough grunt, no Windows support and more; if it wasn't for the iPad, we wouldn't see other companies working on devices that are going to offer these things.

Apple doesn't have to worry because for years we've seen MP3 players that can offer more than the iPod for less, yet the iPod continues to sell. The ease of use and interface is so fantastic that most people don't care about anything else. It's the same reason TiVo sells in Australia. While it's priced at many times the price of other devices, nothing is quite as easy. Even my Mum can season pass, delete, record, use time shift and more on the TiVo. 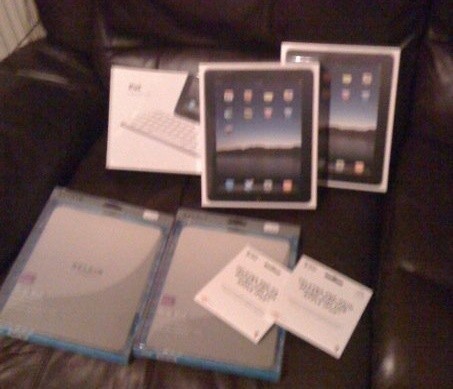