We found 4 items for the tag: YOSEMITE

The US National Park Service has dropped the banhammer on all unmanned aerial vehicles (aka: Drones) from all national parks, does not ban noisy people.

This five-minute video took 10 months and more than 200 miles of backpacking in Yosemite National Park to create, and its beauty will blow you away. 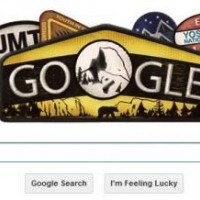 Google's new doodle celebrates 123 years of Yosemite National Forrest, even though it closed down with the US Government shutdown overnight.