We found 20 items for the tag: TRANSFER

Apple says 'We are entirely focused on switching users from Android to iPhone, and that is going great'

Claiming for provide a tangle-free listening experience, can these neon colored earphones earphones live up to the manufacturer's claims?

Their new portable systems may see a change in the way that people transport high-load and large-sized projects. 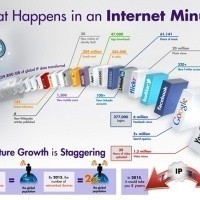 640TB of data transferred every 60 seconds on the Internet, over 204 million e-mails sent in the sam.

Sandisk, Sony and Nikon are back from the future, bought back new memory card technology as well as.

PCI-Express 2.0 has been here for us for what seems like an eternity in the tech world - so much mov.

Backing up; we know we should do it, but sometimes we simply forget or just can't be bothered. Let's check out a device from Clickfree which should make the process a little easier.