We found 9 items for the tag: THE HOBBIT

Here's a demo of a $1 million dollar Lord of the Rings game that was used as a pitch to make a Hobbit game.

NEWS
Battle it out for a 'Hobbit: Battle Of the Five Armies' BD gift pack

The final entry in The Hobbit trilogy comes to Blu-ray and you could take home an awesome prize pack!

The final film to hit in a variety of streaming and disc-based releases.

'There and Back Again' no more. 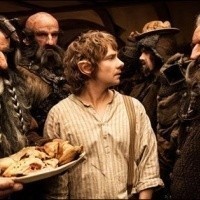 The Hobbit in 48 frames per second will only be receiving a limited release. 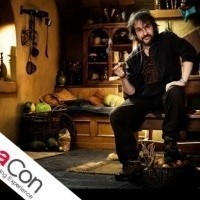 48fps footage from Peter Jackson's 'The Hobbit' was shown at CinemaCon, public reaction was not what.

NEWS
The first official trailer for Peter Jackson's The Hobbit

The Hobbit gets its first official trailer.

NEWS
Peter Jackson is shooting "The Hobbit" at 48fps, the movie industry gets a glimmer of hope for quality changes

The Hobbit being shot at 48fps, Peter Jackson pushes the movie industry forward.