We found 54 items for the tag: TELEVISION

Samsung's Lifestyle range of televisions, including The Frame and The Terrace have gone on sale for Amazon's Black Friday sale.

Amazing deals strike again on Amazon for its Black Friday sales as deals for LG's C1 OLED series go up, with up to 28% off.

4K television broadcasts are just around the corner, first live demo to kick off at CES 2016.

A comprehensive 'TV Guide' for eSports - check everything that's streaming at FolloweSports.com.

The price of 4K televisions are falling, and the emergence of other 4K-capable devices is helping fuel rapid growth. 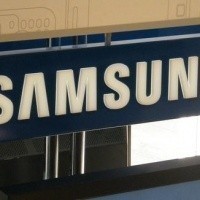 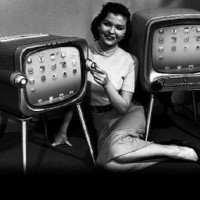 NEWS
Apple TV could just be a TV-sized iPad, but is that good enough?

Apple TV is coming, but what would it be like? Could it just be a large-scale iPad?

NEWS
Apple spotted browsing around for TV parts, shall we call it iBrowsing?

Apple shopping around for TV parts, how close are we to a proper Apple TV?

PRESS RELEASE
The Future of TV Begins Now on Xbox 360

NEWS
Apple TV is coming, details are finally worming out of the apple

Apple TV is really coming, set to be twice the price of current equivalent TVs.

NEWS
Microsoft hooks up with several TV providers for Xbox 360

OHKI jump on the 3D bandwagon with an aggressively priced 42" LCD TV. Let's see how it goes.

I've had the opportunity to use this for the past few months. Will I continue to use it, or will it go to the shelf?

PRESS RELEASE
OHKI.com.au throws out the challenge to the Australian TV market, offering a 42" Full HD LED TV for $799

A new TV brand makes an appearance down under and we answer the simple question - Is OHKI a brand you should be looking at?

PRESS RELEASE
If You Can Think It, You Can Watch It: Logitech Delivers Google TV to Living Rooms Across the U.S.

First ISP to provide FetchTV down under.

NEWS
What's going on with all our freeview HD content?

We could lose out until analog is forced off in 2013.

After looking at a few LCDs as of late, Shane gives you the run down on the new LED tech.

We look at the FHD32H from Kogan and discover a few extra features that let it stand out from the competition.

We move away from the office and into the bedroom with a 32-inch LED TV from Kogan. Our thoughts?

NEWS
ARM teams up with LG on DTV