We found 5 items for the tag: SCIENCE FICTION

NEWS
Scientists created a mouse that is also genetically human

Scientists have managed to create a mouse that is surprisingly also human. 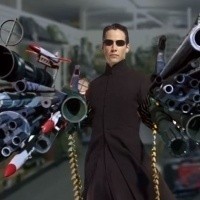 Someone records their mom's thoughts after watching The Matrix for the first time.