We found 13 items for the tag: RADIO

Researchers detected radio waves coming from objects at the center of the Milky Way, and then they mysteriously disappeared.

A team of scientists has created the world's smallest 'easy-to-use' nanoantenna using human DNA, according to a new study.

A stunning new image of a supermassive black hole from the nearby Centaurus A radio galaxy shows its material eruptions in detail.

Radio astronomers have detected radio signals coming from distant stars, indicating that they should have unseen planets orbiting.

Astronomers stumbled across deep space radio signals that very well could be aliens.

Energous has announced approval of a wireless charging device that can charge phones from up to 15 feet away.

NEWS
Spin the globe and listen to stations around the world

You can spin the globe, click the green dot and listen to radio stations in any part of the world.

Who hasn't dreamed about being able to fly? Thanks to advancements in tech, you can soar through the sky courtesy of an RC aircraft with FPV installed.

ARTICLES
Amateur Radio is Still Alive and Kicking: Journey to Becoming a HAM

Charles recently started his quest to expand his maker skill set, and decided to take a stroll down the road to becoming a licensed amateur radio operator. 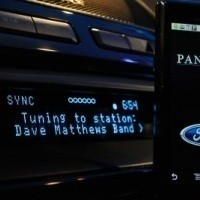 Pandora now activated in more than 2.5 million cars in the US, expected to appear in 1/3 of all new car sales in 2013.

Pure Twilight has no vampires.