We found 21 items for the tag: MICHAEL FASSBENDER

R-rating! Blood! Cutting edge visual effects! Despite all that, 'Alien: Covenant' fails to thrill audiences in the way it should.

Alien Covenant finally reveals how the Xenomorph came to be, but did it ever matter? Ben takes a look at the film.

This Christmas, no one can hear you scream.

NEWS
'Assassin's Creed' film could be a trilogy, if succesful

If you want to see more, you know what you need to do.

'Welcome to the Spanish inquisition'

NEWS
Go backstage with 'Steve Jobs' in our Blu-ray giveaway

Take home the acclaimed biopic on us.

The 'Assassins Creed' trailer is just like the game.. but on the big screen!

Two more screenshots of the upcoming Assassin's Creed movie have surfaced that show both historic action and a scene from a more modern time.

We get our first glimpse of Michael Fassbender in the upcoming Assassin's Creed movie.

Universal attempting to be as authentic as possible, and that extends to the locations.

The Ubisoft video game franchise inching ever closer to production. 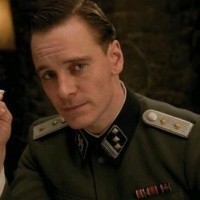 Michael Fassbender is locked in for the upcoming Assassin's Creed movie.

NEWS
Prometheus International Trailer... Ridley Scott has it in the bag

Prometheus International trailer, be prepared to be blown away.

NEWS
Prometheus trailer, a kind of prequel to Alien, directed by Ridley Scott