We found 10 items for the tag: KEN LEVINE

BioShock creator Ken Levine and his team are in the 'later stages of production' of their new sci-fi immersive shooter title.

BioShock's Ken Levine is blending movies and games within the bizarre realm of The Twilight Zone.

Ken Levine, the creator of Bioshock, says his next game uses Unreal Engine 4.

Irrational Games, the makers of Bioshock and Bioshock Infinite suddenly shuts down operations, and dissolves company. 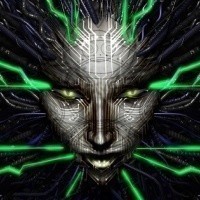 NEWS
System Shock 2 coming to GOG.com, Steam on its way

A gaming classic is coming to both GOG.com and Steam, wait for it, System Shock 2.

October 16 will be known as the day BioShock Infinite was released.

NEWS
2K Australia is known once again as 2K Australia, confirmed to be working on BioShock Infinite

2K Australia is once again, confirmed working on BioShock Infinite.