We found 29 items for the tag: INDILINX

With guaranteed flash from Toshiba, OCZ is in a position expand the company's product line. The ARC 100 is next step for OCZ to regain market share.

The rapid drop in 25nm flash availability and slow ramp up of 20nm production puts OCZ in a tough position. Vector availability is about to get scarce and Vertex 3.20 can't be profitable at less than $... 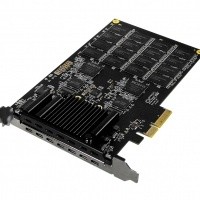 At less than $1 per GB right out of the gate, this OCZ SSD is already a making waves, but can it still float after Chris gets finished with it? 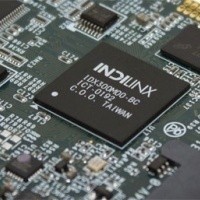 Biwin's NuvoDrive NX is the first SSD announced with the new Novachips Bugatti controller. Today Chris takes a full run with an engineering sample to see if this 10-Channel controller lives up to its...

Today OCZ releases the Vertex 4 SSD, but it's also a big day for Indilinx. Indilinx is back in OCZ's flagship SSD for the first time since 2009.

With the new firmware in hand we retest the Octane 512GB and see how it goes this time around.

ARTICLES
The State of Solid State in 2011

Marvell, SandForce, Intel, Toshiba and Indilinx are ready for 2011 with high-speed SSDs running at speeds of up to 550MB/s.

SandForce and Marvell may be taking the headlines but Indilinx is where the true value is these days. Corsair has a low cost SSD on offer dubbed Nova.

The Indilinx Barefoot goes both ways; MLC and SLC. After playing with the consumer drives, it is now time to check out the enterprise offerings.

Patriot comes through with an Indilinx Barefoot MLC SSD. Let's see if it can warp past the competition.

Super Talent has teamed up with Indilinx and has a new SSD that promises high speed and low cost.