We found 26 items for the tag: FOOTBALL

As a sponsor of the FIFA World Cup 2022, Hyundai is going to use its fleet of electric and hybrid vehicles on site - in an effort to go carbon neutral.

FIFA returns for another year with a brand new engine after having left the old generation behind. Is it enough to keep it at the top? Let's see.

Another season, another Football Manager game - only this year there is a lot more under the hood than ever before. Let's take a close look.

NEWS
Have you ever stuffed up your PC build this badly?

What's your biggest PC building blunder? This tech head put thermal past on the wrong side of their CPU then bent a few pins for good measure.

Football fan Angus Mainland takes to Twitter in order to find his one true love from a train journey.

Helmet sensor technology being developed by Western Michigan University will give coaches and medical staff better insight into hits right after they occur.

The world's best football management simulation makes it to PS VITA. Perhaps it should have been left on the drawing board. Let's see what Simon thinks.

We go hands-on with the next version of the best footy manager sim around. 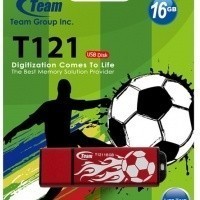 PRESS RELEASE
Team Group is all pumped up for some football T121 football flash drive is coming out with a bang!

We take the import version of Winning Eleven Soccer 3D for a spin.

Having been relegated to the second tier, can Pro Evolution make it back to the Premier League?