We found 8 items for the tag: FARMVILLE

Zynga is laying off 18% of its workforce in an attempt to save $100 million.

Zynga now accepts the digital currency, Bitcoin, for its games. 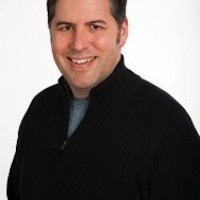 NEWS
Creator of The Sims, Will Wright, reveals Hivemind

Will Wright, creator of The Sims, reveals new game, Hivemind.

Facebook seems to be up on the current lawsuit. Not over.

PayPal enable transactions in game/app - Farmville will never be the same.