We found 37 items for the tag: CBS

A top astrophysicist has published an article about how he isn't impressed by the recent UFO videos that have caused a big stir.

CBS has given out a put pilot order for a new comedy set in the world of eSports.

The much anticipated return of 'Star Trek' to the small screen releases its first trailer.

The next 'Star Trek' series now ready to launch into full production.

NEWS
Interested in our 'Person of Interest' Blu-ray giveaway?

Take home the final season of the show on us.

The eagerly anticipated series goes back to dry dock.

NEWS
When 'Supergirl' flies to Blu-ray, you can win Season One on us!

Go into the running to win your own Blu-ray now.

After 50 years, hours of never before seen 'Star Trek' footage is revealed.

Star Trek show to be streamed in every country but US, Canada via Netflix.

New series to boldly continue on the small screen.

NEWS
The new 'MacGyver' has been cast, and he's also a mutant

The big question is - can he rock a mullet?

CBS' CEO says that there haven't been any new talks about streaming content from their library to Apple devices in some time.

'One of the most popular movie franchises of all time'? ... Riiiiight.

Fans want the series in HD, but CBS reported to have shelved plans due to cost.

"Open the vortex... Set a course for Earth!"

"Do you hear the cry of the warrior, calling you to battle, calling to glory like a Klingon?"

"They have two settings: stun and kill... It'd be best not to confuse them"

"Let's make sure that history never forgets the name Enterprise."

REVIEWS
Star Trek: The Next Generation - The Best of Both Worlds (1990) Blu-ray Review

"I am Locutus of Borg. Resistance is futile. Your life, as it has been is over. From this time forward, you will service us." 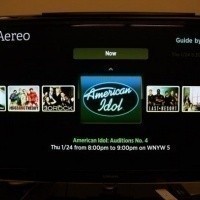 Aereo files complaint to prevent CBS from suing when they launch in Boston. 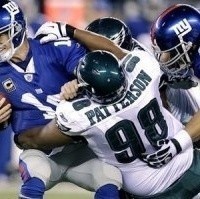 The Super Bowl this year will streamed online by NFL and CBS.

TweakTown gains an exclusive insight into the newly refurbished Star Trek: The Next Generation in high definition.

As the classic sci-fi series prepares to celebrate its 25th anniversary, Paramount and CBS team up to release an unprecedented remastering effort.

NEWS
Boxee Live TV is coming, will allow your Boxee Box to watch channels like ABC, CBS, Fox and NBC in HD for free

Boxee Live TV is coming, is a Live TV dongle.