Tim Burton's 1989 Batman came out swinging as a pop culture event that could only be compared to something like Avengers Endgame today, its sequel Batman Returns couldn't replicate the same critical or box office success (and sidelined licencors with its decidedly adult content), and thus Warner Bros looked to reset the saga with a new cast, a new director and a much lighter tone. 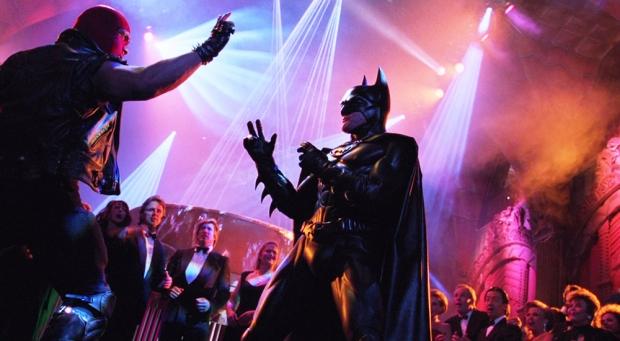 As such, Batman Forever has always been saddled with an ill-regarded reputation further entrenched by more serious comic book adaptations and the gold standard of Christopher Nolan's own Dark Knight trilogy that have come since.

While Batman Forever's flaws are real and at times bleedingly obvious, I've always had a soft spot for its charms, which have been re-confirmed by this recent re-watch. It's not a great movie by any measure, and is undoubtedly one of the lesser visual translations of the Dark Knight character, but it's also undeniably entertaining fodder and at least to my eyes, definitely due for a re-appraisal. 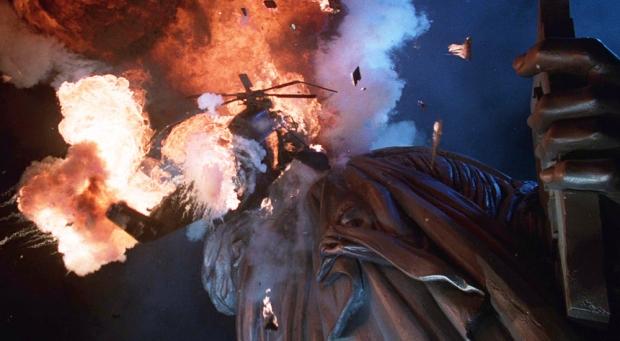 Batman Forever is presented in its original aspect ratio of 1.85:1, encoded with H.265 compression and finished with a static HDR-10 pass.

As with its predecessors, Batman Forever benefits immensely from a brand new 4K scan of the original camera negative, which leaves the decade-old HD scan dead in the water. This is an incredibly sharp, focused and stable image which exhibits none of the murky colors, or the wobbly haze of the previous scan.

The enhanced color gamut adds new dimensionality to the image, and the HDR passes amps up peak brightness of the neon-infused sets. Thankfully Warner has resisted the urge to crush the blacks into submission, which provides significant details in the shadows and darkness that much of the film plays out in. Unlike its two predecessors, it does not appear that the new color grading deviates substantially from previous releases.

Overall, this is a stunning remaster of the film, and while I don't recall the specific theatrical presentation, I'm willing to bet this 4K encode is the best Batman Forever has ever been presented. 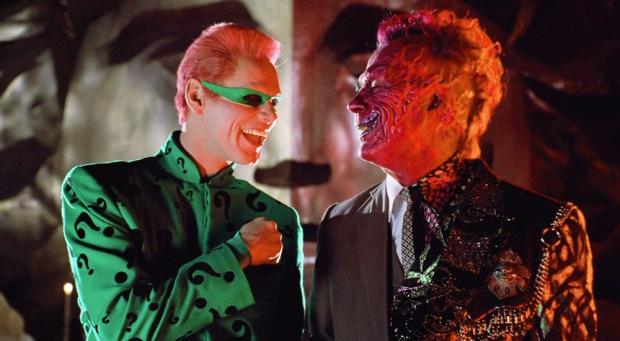 Released as the modern blockbuster phase was beginning to hit its stride, with digital surround sound prevalent in most cinemas, Batman Forever has always featured a bombastic sound mix that reflects the hyper visuals, which has translated to some superb home theatre mixes. But this new Atmos track takes it up a notch all without introducing new foley effects or betraying the spirit of the original mix.

The bolted on height channels provide some subtle new separation and directionality to a number of sequences. Take for example the rotor blades of Two Face's helicopter as it slices into Lady Gotham's statue, or the subtle reverberation of the Riddler's lair during the climactic battle. This is very nice work which envelopes the listener and drawing them into the film. Bass is strong and responsive, but does occasionally betray its age with some boomier effects than is typically standard today. 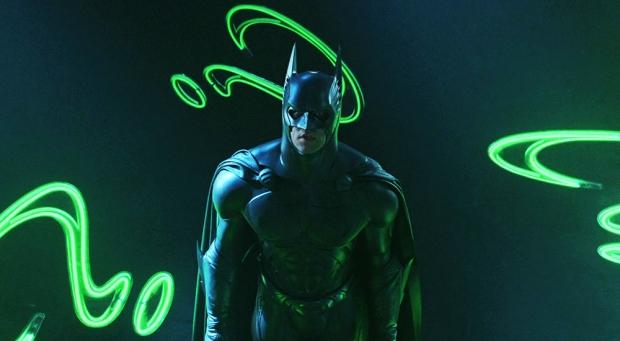 Roadshow have included the previous 2009 Blu-ray release as a pack-in, so this 4K Blu-ray release plays as a best-of that includes well over an hour of documentaries, featurettes, music videos and trailers from previous home video releases.

Key highlights are the The Cinematic Saga of the Dark Knight: Reinventing a hero, deleted scenes which reveal a number of darker scenes jettisoned in favour of a lighter anti-Batman Returns vibe and the Joel Schumacher Audio Commentary, who speaks quite eloquently and is obviously proud about his contribution to the Batman series, but doesn't shy away from acknowledging its somewhat troubled reputation.

The Shumacher era is generally reviled by Bat fanatics, but casual viewers will be wowed by the massive upgrade that this 4K presentation brings to the tables.