Apacer is a memory manufacturer which is not as huge on this side of the pond as it is on the far side, but they are making strides to correct this. In the past, we have been lucky enough, since we are a global review site, that Apacer has not yet denied us a look at their latest and greatest RAM to hit the market. On top of this, one thing apparently clear is that Apacer likes to play around with designs and aesthetics. We have seen kits that look like machine guns, kits that look like battle swords, and even ones with stylized panthers on the sides of them.

We had previously seen some Apacer Panther memory before the kit that just showed up at our door, but they do not carry the clout the new name has, nor was that kit lit in any way. Today, however, the Panther series gets a new addition, and this time the kits are LED lit. From what we have gathered, these new Panther sticks are available in speeds of 2400, 2666, 2800, and 3000MHz, and in densities as high as 128GB with four sticks. For this review though, we have been sent something much simpler.

We are about to show off the Apacer Panther Rage Illumination RAM which Apacer has recently brought to market. In this instance, we will be looking at two 8GB modules, giving us 16GB in total to test. The XMP profile of our kit runs them at 2400MHz with straight 16 timings, and just sips the voltage to do so. Of course, should you opt for faster sets, timings do increase, but only the 3000MHz kits require 1.35V to run them. As of now, we should dive right in, and see what makes the Panther Rage Illumination RAM worthy of purchase. 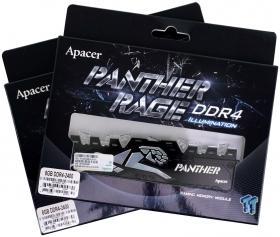 It appears by what we were sent, that Apacer sends out individual sticks to make a kit, just that the speeds and density will change for various purchases. Both boxes with 8GB of RAM in them are highly stylized on the black parts, which makes the chrome wording and the view of the memory inside jump out at you. We also find that there is a product sticker in the bottom-left corner, which shows the density, speed, and part number. 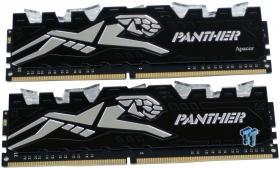 Inside of the pair of boxes, we found these sticks. Starting off with a black PCB, Apacer has changed from gold panthers and gold accents to silver this time. The significant difference outside of trim color is the addition of the crystal-clear light bar wrapped by the heat spreaders at the top, and leads to the Illumination part of the name. 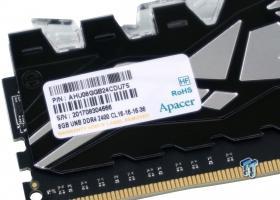 Both sides of the RAM are identical, except for one thing, the product stickers found on the back. Each stick has a part number that does not match that of the combined kit; you can ignore that part for now. The sticker does display the serial number, along with the density, speed, timings, and a notification that the lifetime warranty is lost if the sticker is removed.

The top edge of the Panther Rage Illumination RAM is sleek and attractive appearance. Using silver on the top edge, the clear plastic light bar looks good even without any LEDs on yet. It is rare to get a LED light bar that is not opaque, but we do like this look much better. 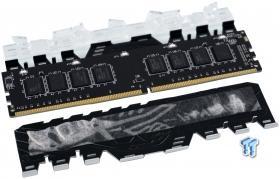 The light bar almost floats inside of the heat spreaders, where four tabs hold them in along the bottom, and the fins on the spreaders keep them locked into place. The heat spreaders are attached to the IC with thin tape, which will transfer some heat, but is all about the show when the memory is only sipping 1.20V. 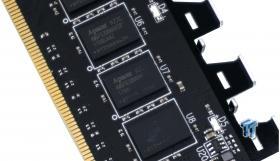 Apacer has decided to have their name presented on the ICs, and with verification from Typhoon Burner, these are indeed Hynix H5AN8G8N ICs. To be blunt, we do not expect much in the realm of overclocking, as Hynix are not the best option out there for such desires, but who knows, we may be in for a bit of a shock. 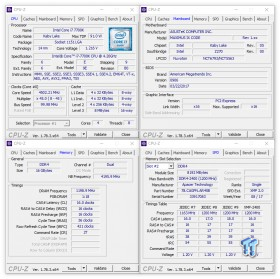 Using the provided XMP 2.0 profile, found in the BIOS, we had not a single issue getting the Panther Rage Illumination DDR4 to run at rated specifications. Our sample booted right into Windows at 2400MHz and is running 16-16-16-36 2T timings, as we expected it to. 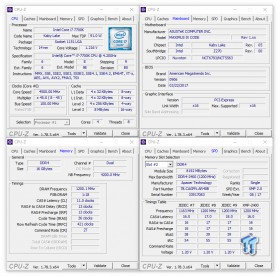 Usually, Hynix ICs are not this responsive to voltage or ASUS motherboards, but in this instance, we are happy to see so much room to play. We are using 1.35V to the memory at this time, but the VCCIO is only 1.144V, and the VCCSA is only 1.136V currently. It was changing just the VDIMM that allow us to take the memory as low as 11-13-13-36 2T at 2400MHz, and it is stable as can be.

This is the bit that shocked us. Of course, this is not a guarantee of what yours may do, but the Panther Rage Illumination we have can increase speed just by upping the VDIMM to 1.35V. Doing so allowed us to get to 2933MHz. That's 533MHz over the rated speed, and a nice bonus to find. 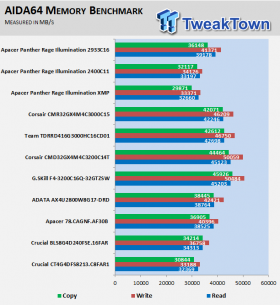 While this chart may appear to find the Panther Rage Illumination to be lacking, speed for speed, the kit at the bottom is the best comparison. Doing so shows that using the XMP profile offers a bit more performance than the kit from Crucial. Lowering the timings is a win for this kit, and when raising the speeds, it does perform close to the 2800MHz ADATA memory. 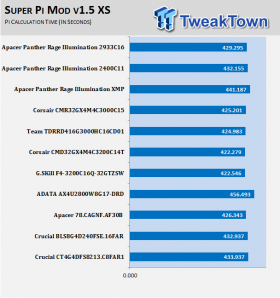 Checking performance with Super Pi, our 32M results have the Panther Rage Illumination coming in at seven minutes and 21 seconds. Sadly, this time is bested by the slower kits similar to it on our chart. Lowering the timings brings it in the range of the Crucial memory, and adding 533MHz to them still comes up a bit slower than the 2800MHz kit. 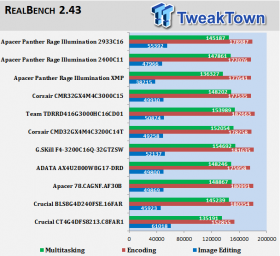 RealBench is a bit rougher to test with, as it will not pass sticks if they are unstable, due to the workload presented in it. On the XMP profile, the Apacer memory is not that impressive either. Lowering the timings helped except encoding, and we traded multitasking for the other two by increasing speed to 2933MHz. Not horrible results, but there are better options available when comparing performance.

With this set of memory, we are torn. On the one hand, the look great when powered and the white LED shining through them, and we do feel that silver is a more accessible color to choose over gold. The overclocker in us loves the fact that timings could be lowered drastically, and we were also able to get 533MHz more speed out of them too. On the surface, there is much to appreciate in the Panther Rage Illumination DDR4. 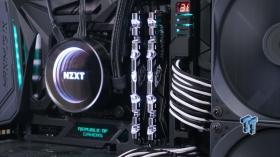 However, performance was not terrible, but we did expect slightly more from this kit. In all of our testing, there is a much more affordable Crucial kit that can surpass the results these Apacer sticks provided. Even if we were to compare what we found from overclocking the kit or a reduction in timings, they still did not seem to impress us overall in this respect. However, this is just a tiny sample of what Apacer is offering in the Panther Rage Illumination options. It is quite possible that faster memory with the same timings, or kits with raise speed and the timings just slightly, will do better against other kits we have in the charts. At the same time, we do have to go off of what we are given.

Looking around, finding Apacer memory in the US is still a bit like pulling teeth. We have seen recently that much of what Apacer makes can be found on Newegg now, and is where we take our pricing from. Each 8GB stick of 2400MHz memory is going to set you back $65.99, for a total of just over $130 to obtain this kit. In our opinion, if making this sort of an investment, you can find faster RAM out there, and many ship with a similar XMP profile for timings as well. Pricing could be this high due to the lack of sales inside of the US, and if more people were to buy Apacer DDR4 in the States, pricing could drop over time. Right now though, you either have to fall in love with the looks or have a thing for Panthers. Otherwise, we think many will venture out to find faster kits for the money.

The Bottom Line: Nearly getting the Overclocking Award, the Apacer Panther Rage Illumination RAM is impressive for its flexibility. If the pricing were reduced, the performance increased in all aspects, Apacer would have been in the running for Editor's Choice.