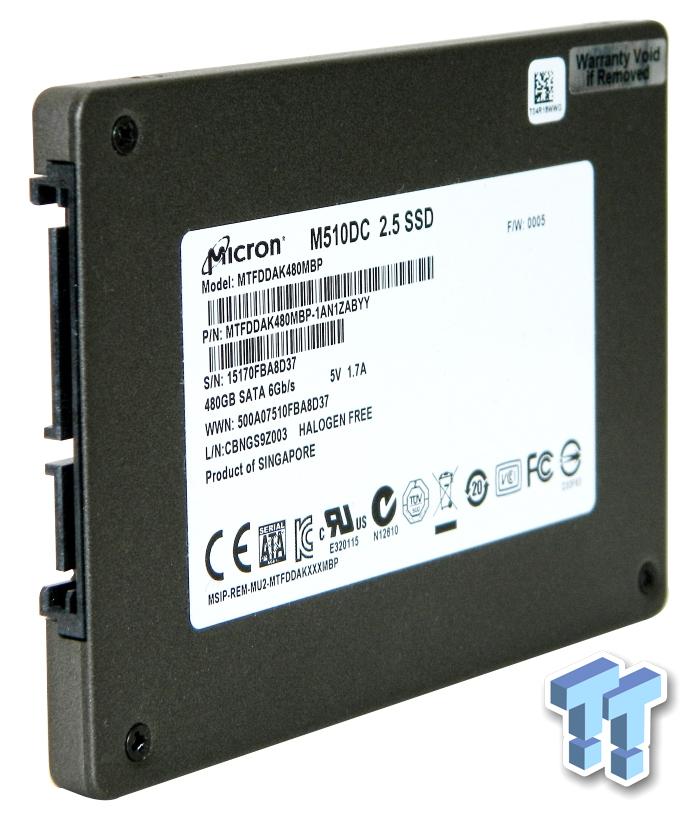 Micron's M510DC SATA III Enterprise SSD is a cost effective solution aimed at accelerating the transition from legacy HDDs to high performance all flash-based datacenter storage. Compared to HDDs, SSDs reduce storage bottlenecks by decreasing workload latency and massively increasing data throughput. Micron is marketing the M510DC as the first of its kind SSD with true TCG Enterprise level encryption. Enterprise level encryption is critical for banking, government, and medical industries. We have all witnessed data breaches and the devastating impact they have on these industries.

Micron has a large and diverse portfolio of non-volatile solid-state storage solutions. Micron's SATA portfolio includes the Crucial/Micron BX100 and MX200 for aftermarket client upgrades, the M600 for OEM Client Solutions, and the M510DC and M500DC for Enterprise Cloud/Web 2.0 storage applications. Micron's PCIe portfolio is comprised of the P420m for mission critical storage and the P320h for IO acceleration. In comparison to competing solutions, Micron rates the M510DC as having very good endurance, very good 128K sequential read/write performance, very good 4K random write performance, and an excellent price point. With far more endurance than competing TLC solutions and a lower price point than competing MLC solutions, the M510DC is an attractive option for read-centric datacenter applications with a 1-2 DWPD storage requirement.

We are seeing a transition to solutions that are more economical as SSDs become more prevalent in the datacenter. The M510DC follows this trend with a low price point, while at the same time employing a rich enterprise feature set. Designed for read-centric workloads, the M510DC will find its way into the datacenter, serving roles such as boot drives, VDI applications, content delivery and cloud storage. Micron states the M510DC is in production now and selling directly to datacenter equipment manufacturers through Micron's distribution partners.

The M510DC is a spinoff of the highly successful M500DC, with the only physical difference being the flash node. The M500DC employs higher performance, higher endurance 20nm planar NAND, and the M510DC employs more economical 16nm planar NAND. The M510DC comes in a 2.5" standard form factor. Endurance ratings and performance vary by capacity. Capacities offered include 120, 240, 480, and 960GB models. 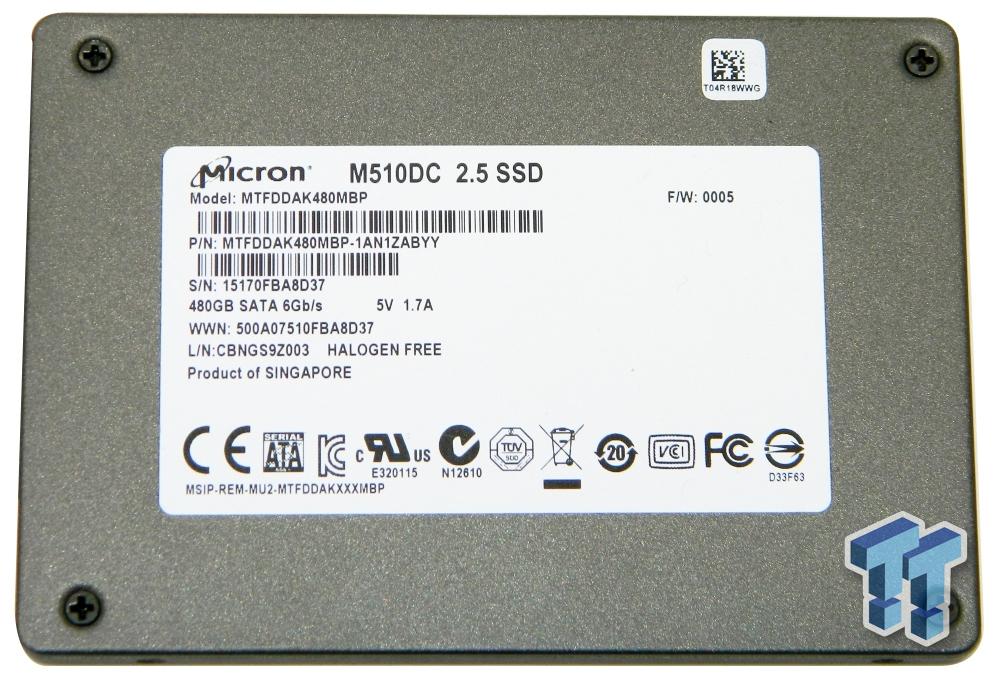 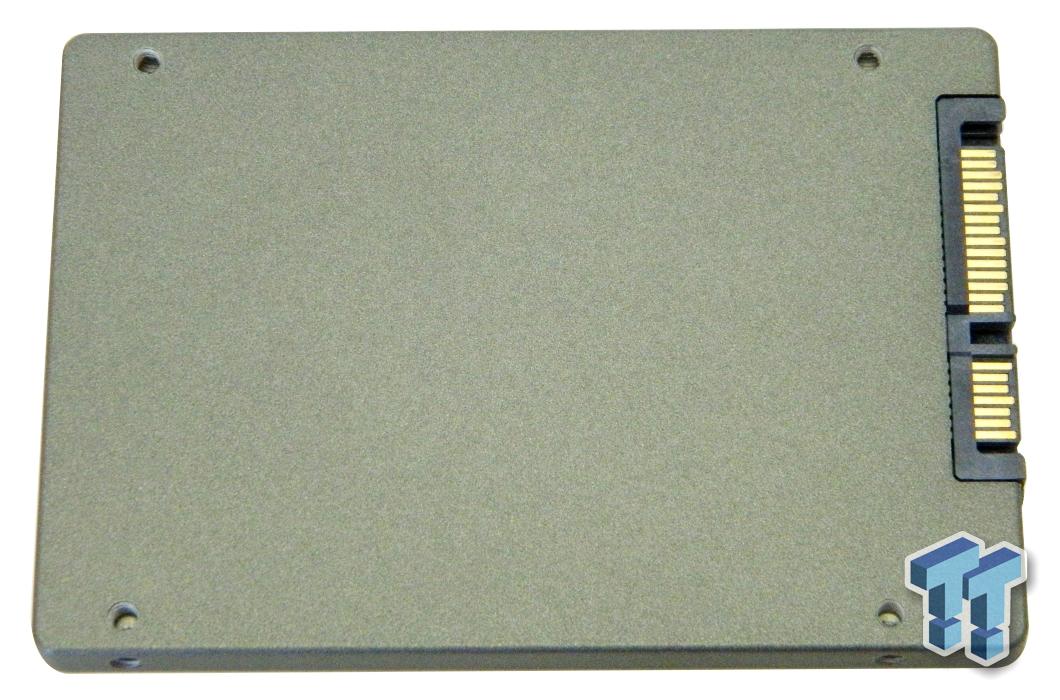 The drive's enclosure is typical Micron. Formed from both sheet and cast aluminum alloy, the 2.5"x 7mm enclosure is grey in color with an industrial style textured finish. 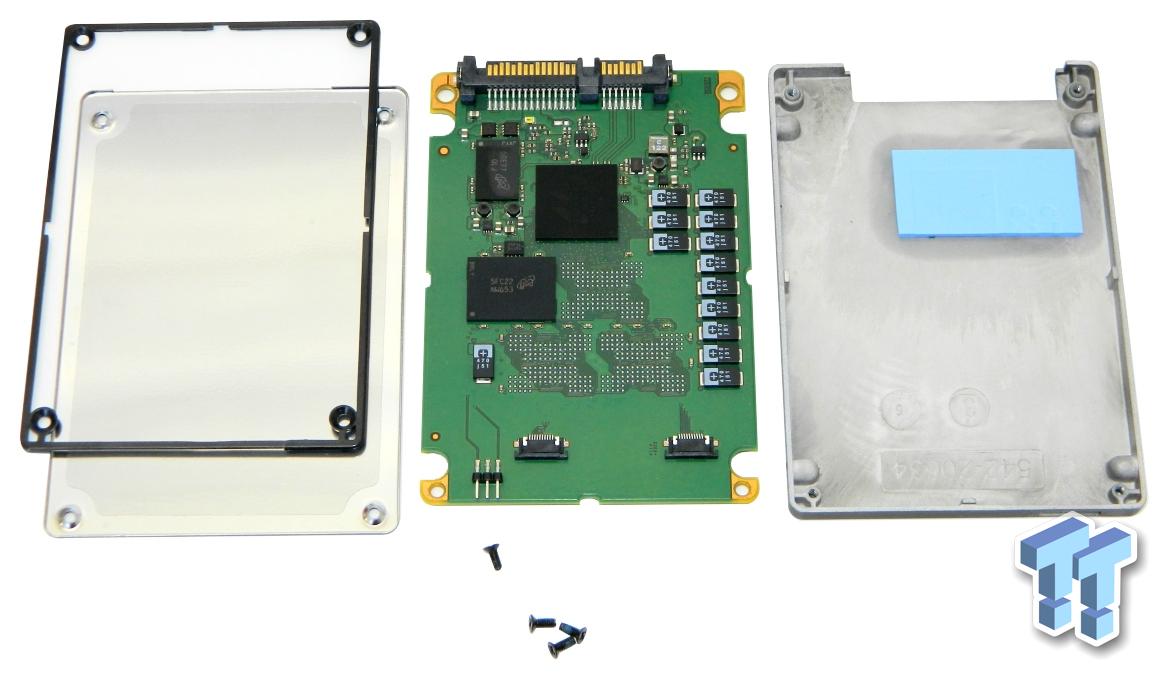 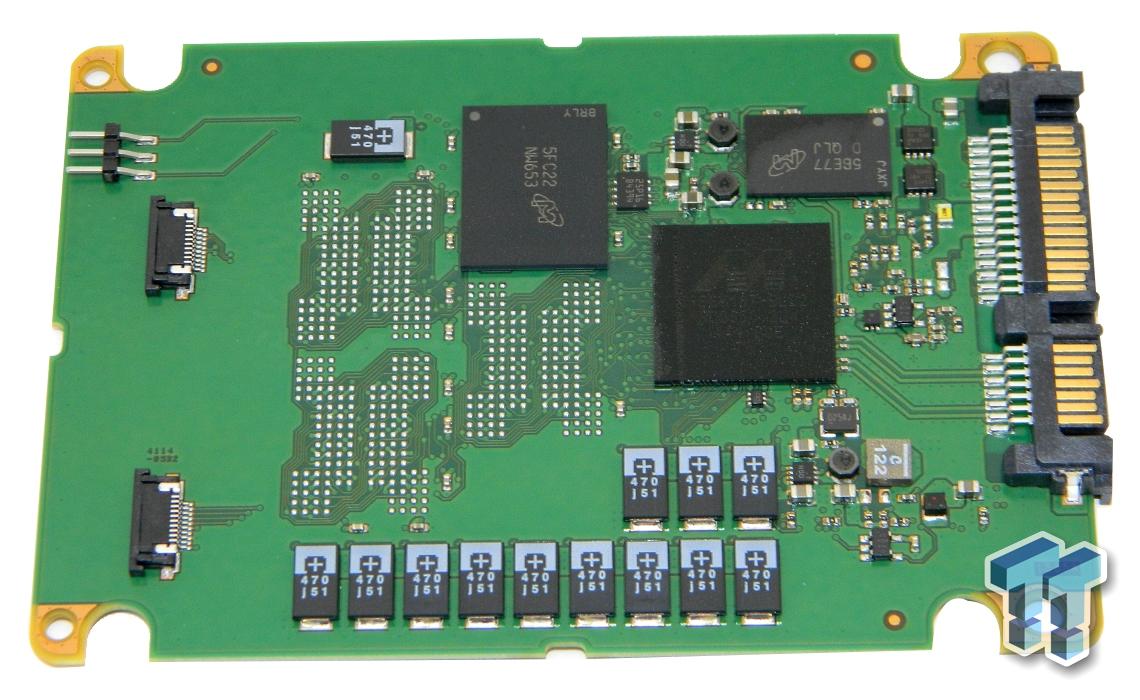 The M500DC and M510DC both employ the same PCB. The only difference between the two is the flash node. This half of the green PCB houses the drive's 8-channel Marvell 88SS9187 controller, one of the drives two 512MB DRAM packages, one of the drives five flash packages and all thirteen of the drives tantalum capacitors. In contrast to the M500DC, the M510DC employs 128GB less over provisioning with a RAW total capacity of 640GB for the 480GB model. 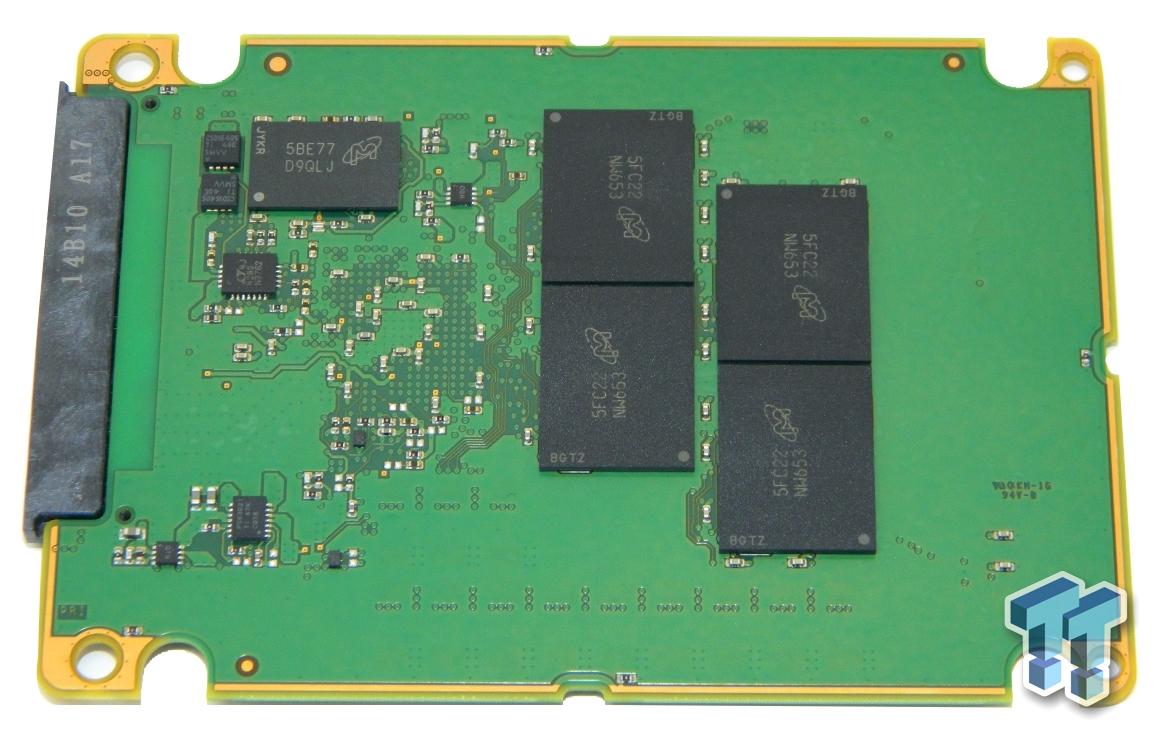 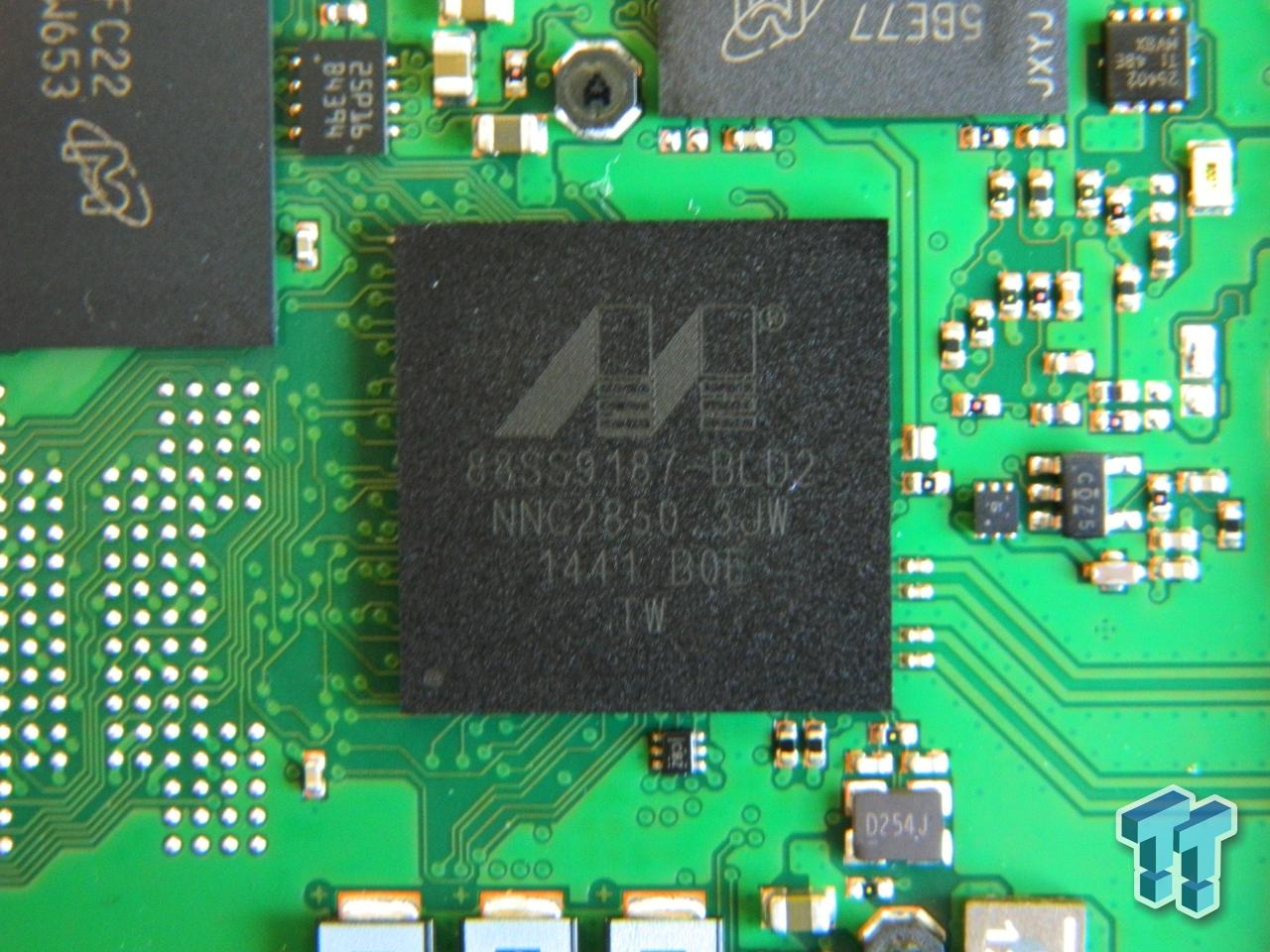 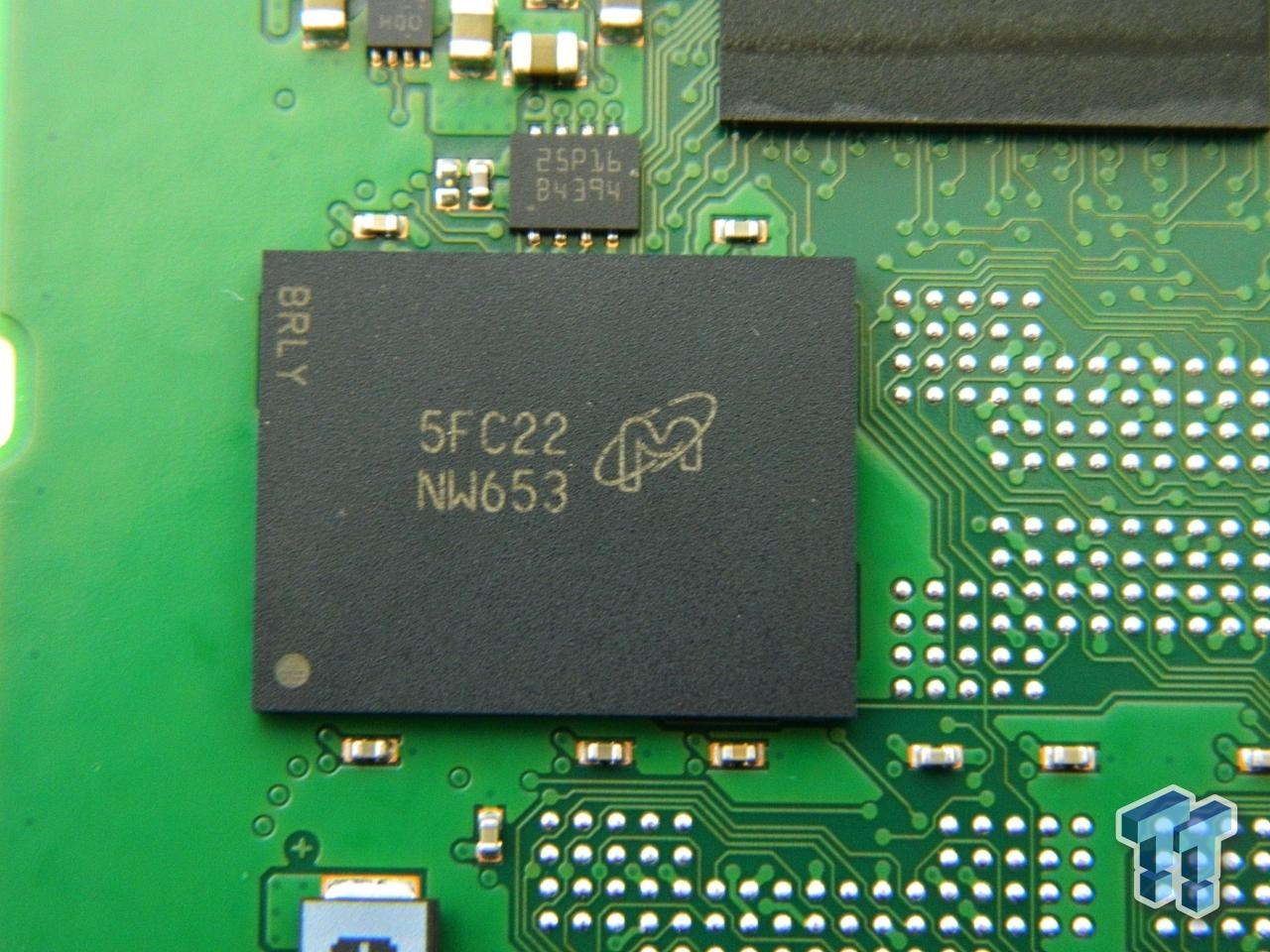 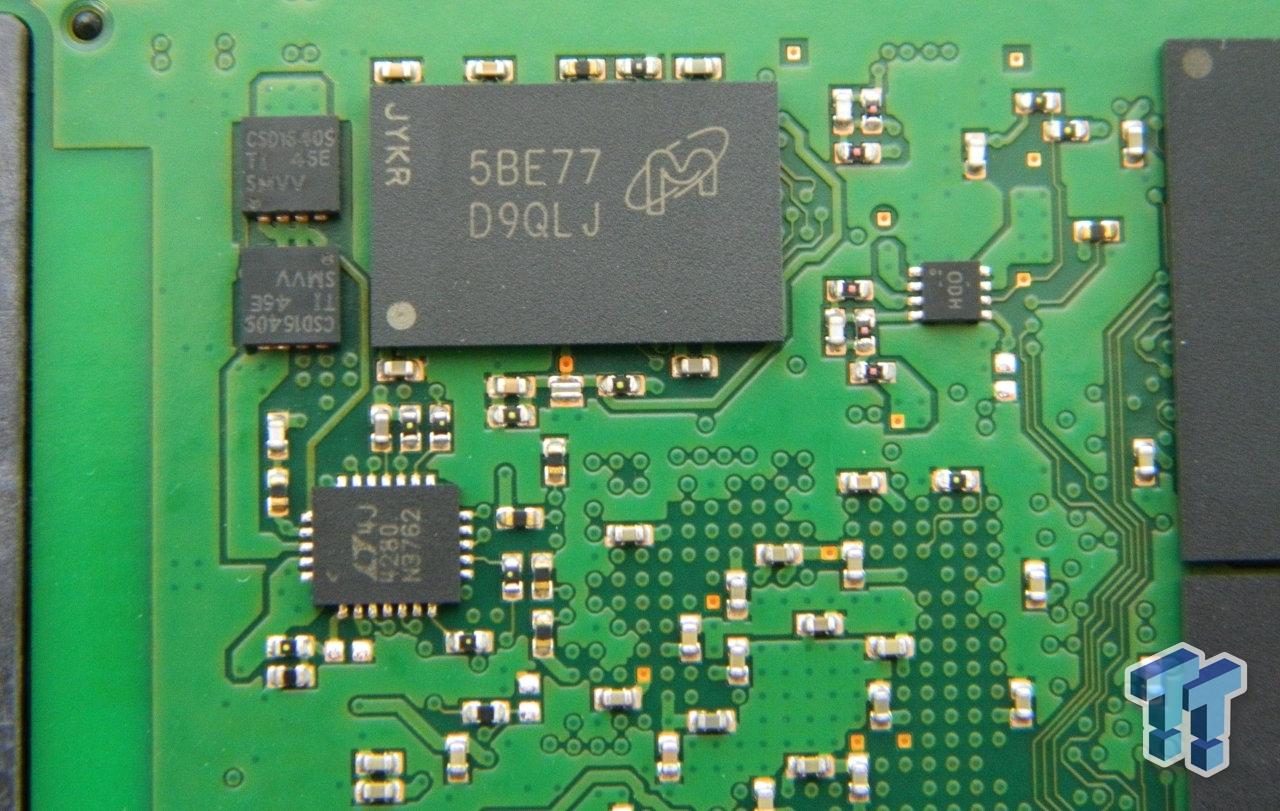 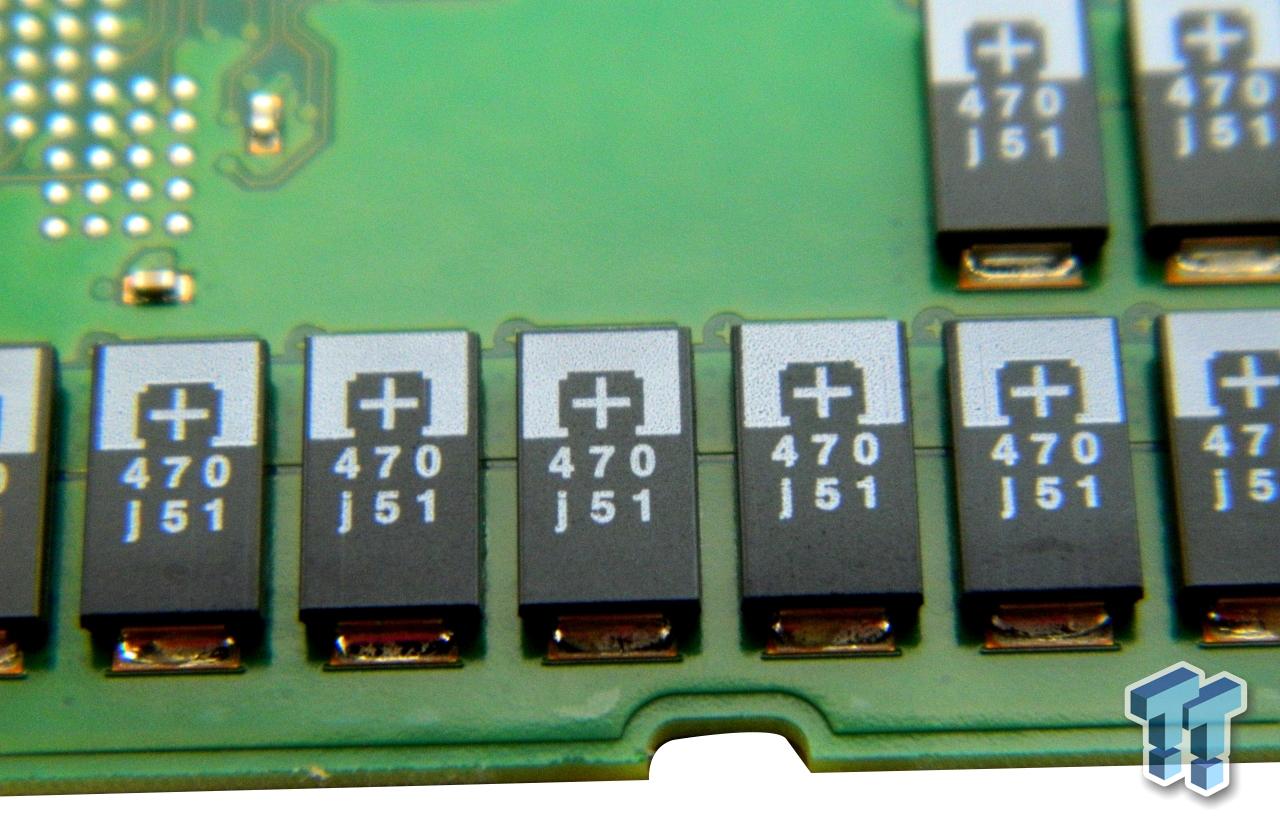 Lastly, a close-in view of some of the drives tantalum capacitors. 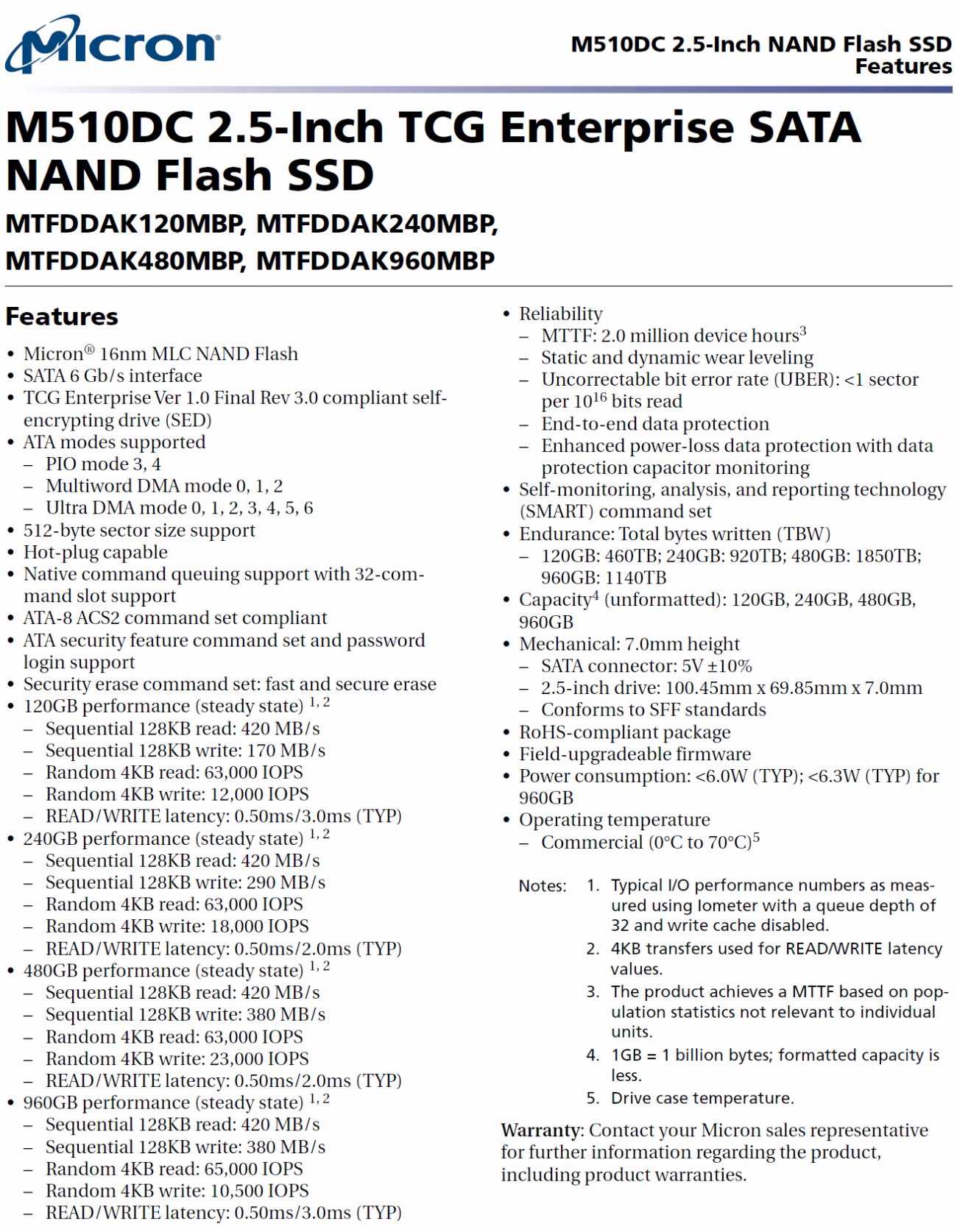 We are going to go over the 480GB M510DC's specifications, for other capacities please refer to the above mfg. spec sheet. The Micron M510DC 480GB SATA III Enterprise SSD comes in a 2.5"x 7mm standard form factor.

The Bottom Line: The drive's endurance and 4K random write performance makes the Micron M510DC stand out from competing solutions.