Acer today announced it will be expanding support for 5th Generation Intel Core processors across its mobile lines, adding the CPU to its innovative line of Aspire R 13 convertible notebooks and award-winning Aspire S7 Ultrabooks. The Acer Aspire R 13 and S7 will incorporate the newest 802.11ac wireless specification for fast and more reliable Internet connections. The 5th Generation Intel Core processors have been designed to improve performance, graphics and battery life over previous versions. The ultrafast 802.11ac wireless networking standard is up to 3 times faster than the previous generation spec (802.11n) and increases network speed, range and reliability, enabling more people to use different wireless devices and simultaneously stream content with less interference. 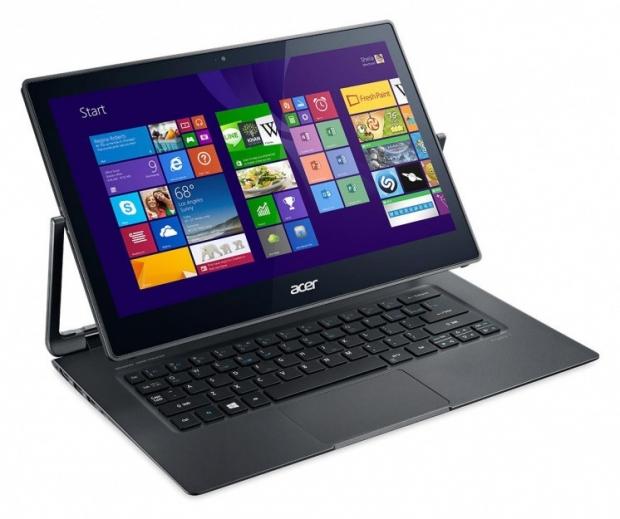 The Aspire R 13 Series, S7 Ultrabook and previously announced Switch 12 2-in-1 notebook will be on display at Pepcom's Digital Experience! Event on Jan. 5th at The Mirage in Las Vegas.

Less than 1 inch thin and just over 3 pounds (1.5 kg), the lightweight Aspire R 13 Series features the Acer Ezel Aero Hinge that enables the 13.3-inch display to rotate 180-degrees so it can be used in numerous ways, giving it the productivity features of a traditional clamshell notebook with the convenience of a tablet. The six modes include: Notebook, Ezel, Stand, Pad, Tent and Display; it is designed for those who don't want to give up a traditional notebook design, but want more options and flexibility. 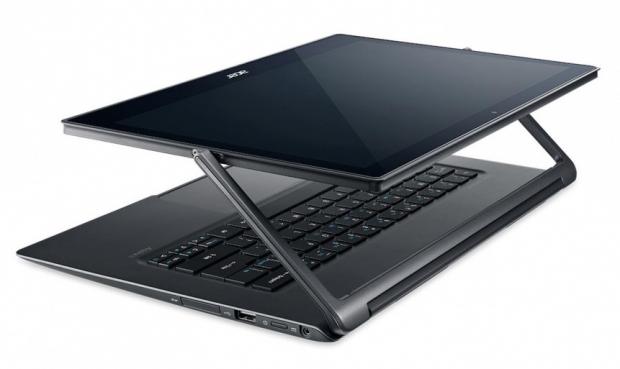 In addition to 5th Generation Intel Core processors and 802.11ac wireless, they offer up to 1 TB Solid State Drives with RAID-0 support and up to 8 GB of memory for fast and responsive performance, making them ideally suited for work and entertainment. The new Aspire R 13's improved processor doesn't just make it more powerful, it also extends its battery life. With up to 10 hours(3) (FHD model) of on-the-road power, it can go all day.

The Aspire R 13 Series featuring the 5th Generation Intel Core processors and 802.11 ac will be available worldwide in January. Exact specifications, prices and availability will vary by region.

Aspire S7 Ultrabook - Super Thin and Sleek, and now Faster than Ever

Acer's award-winning notebook, the Aspire S7 Ultrabook with Windows 8.1, will also be refreshed with 5th Generation Intel Core processors, ultrafast 802.11 ac wireless technology, and up to 10 hours (FHD model) battery life for all day use. 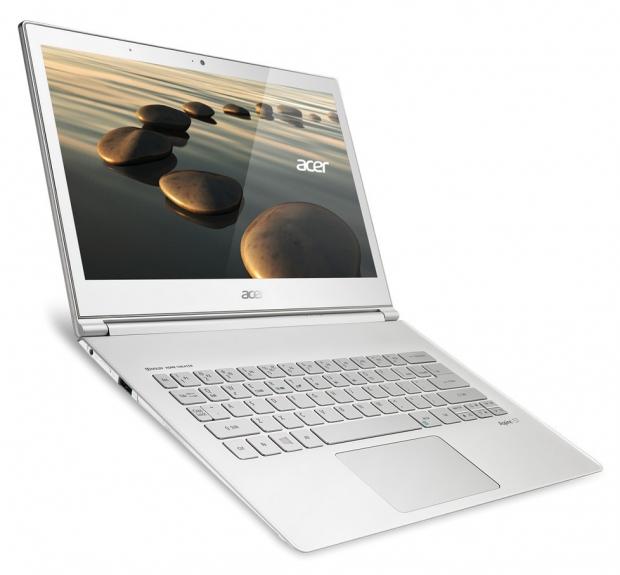 Featuring an all-aluminum unibody design and as thin as a tablet, the razor-thin Aspire S7 Ultrabook is exceptionally thin and light, yet resilient and durable, even though it is just .51 inches thin and a mere 2.87 pounds.

The touchscreen display on the S7 is covered by Corning Gorilla Glass 2, which tilts back a full 180 degrees, allowing the display to be used flat against a table or desk, much as one would use a tablet; a hotkey rotates the view 180 degrees making it easy to share the screen with others. A dual torque hinge on the lid creates the perfect amount of resistance for touch control.

Other key features include Intel Wireless Display (WiDi) technology that allows for connecting wirelessly to a TV, Acer Purified.Voice, "TwinAir" cooling, an innovative thermal design that keeps the Ultrabook cool and comfortable to use.

The Aspire Switch 12 with five modes offers a compelling combination of performance and stunning display graphics. The new Intel processor will deliver a significant reduction in power consumption, allowing the Switch 12 to run up to 8 hours during video playback. Its fan-less design makes it whisper quiet, further complementing its reduced power consumption.

The centerpiece of Acer's versatile 2-in-1 Aspire Switch 12 with Windows 8.1 is its ability to easily transition between a notebook, pad, display, tent and desktop via its unique kickstand design that features a magnetic and latch-less detachable keyboard. The keyboard includes a pointing stick, and can work connected or wirelessly for full-sized typing comfort. Users can also navigate via the touchscreen and with an optional Acer Active Pen.

Its 2x2 wireless antenna technology processes data at up to twice the speed of traditional single antenna solutions by forming a multi-input/multi-output (MIMO) setup for fast and reliable throughput. It also comes with micro USB 3.0 and micro HDMI ports.

The Acer Aspire Switch 12 featuring the new Intel Core M processor will be available in the United States and Canada in early 2015.